Microscopic metavehicles powered by nothing but light 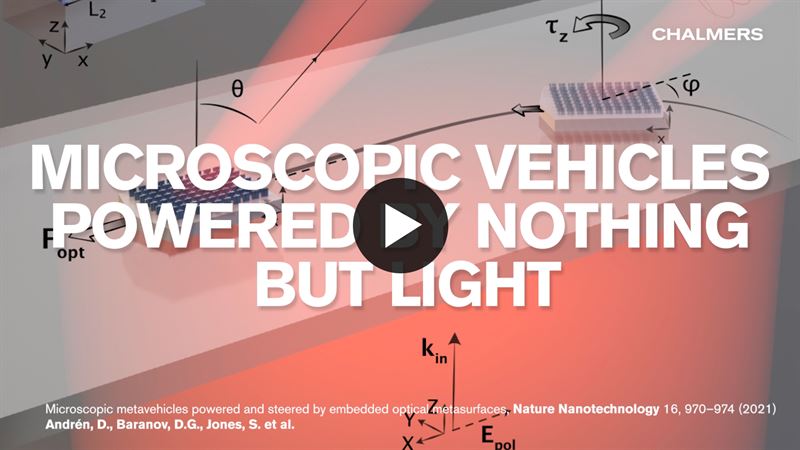 Click here to watch a video of the metavehicles in action

Researchers from Chalmers University of Technology, Sweden, have succeeded in creating tiny vehicles powered by nothing but light. By layering an optical metasurface onto a microscopic particle, and then using a light source to control it, they succeeded in moving the tiny vehicles in a variety of complex and precise ways – and even using them to transport other objects.

Light has an inherent power to move microscopic objects – a property previously used to develop the Nobel prize winning research idea of ‘optical tweezers’, which use a highly focused laser beam to control and manoeuvre tiny particles with incredible precision.

Now, a research group at Chalmers University of Technology and the University of Gothenburg has shown how even an unfocused light can be used to manoeuvre microscopic particles in a controlled manner. Their research was recently published in the journal Nature Nanotechnology.

The researchers manufactured vehicles at a scale of 10 micrometres wide and 1 micrometre thick – one thousandth of a millimetre. The vehicles consisted of a tiny particle, coated with something known as a ‘metasurface’. Metasurfaces are ultra-thin arrangements of carefully designed and ordered nanoparticles, tailored to direct light in interesting and unusual ways. They offer fascinating possibilities for use in advanced components for optical applications such as cameras, microscopes and electronic displays. Usually, they tend to be thought of as stationary objects, with their use being seen as the ability to control and affect light. But here, the researchers looked at it the other way around, investigating how the forces resulting from the light’s change in momentum could be used to control the meta-surface.

The researchers took their microscopic vehicles, which they termed ‘metavehicles’, and placed them on the bottom of a water dish, then used a loosely focused laser to direct a plane wave of light onto them. By a purely mechanical process – the heat generated by the light plays no part in the effect – the vehicles could then be moved in a variety of patterns. By adjusting the intensity and polarisation of the light, the researchers succeeding in controlling the vehicles’ movement and speed with a high level of precision, navigating them in different directions and complex patterns, such as figures of eight.

“According to Newton’s third law, for every action there is an equal and opposite reaction – this means that when the light hits the meta-surface, and is deflected in a new direction, the meta-surface is also pushed away in the other direction. Imagine playing pool, when two balls hit each other and bounce off in different directions. In this case, the photons and the meta surface are like those two pool balls,” explains Mikael Käll, Professor at the Department of Physics at Chalmers University of Technology, co-author of the article and leader of the research project.

“The metavehicles were stable, and their navigation was highly predictable and controllable. With advanced automated feedback systems, and more sophisticated control of the intensity and polarisation of the source light, even more complex navigation would be possible,” explains Daniel Andrén, formerly of the Department of Physics at Chalmers and lead author of the study.

The researchers also experimented with using the metavehicles as transporters, to push small particles around the tank. The metavehicles proved capable of transporting objects including a microscopic polystyrene bead and a yeast particle through the water with ease. They even succeeded in pushing a dust particle 15 times the size of the metavehicle itself.

At the moment, the practical applications of this discovery may be a way off. But the fundamental nature of the research means that its value may not yet be evident.

“In the exploration of optical forces, there are many interesting effects that are not yet fully understood. It is not applications that drive this type of research, but exploration of the different possibilities. In a number of different stages ahead, you never know what will happen. But the fact that we showed how the metavehicles can be used as transporters is the most initially promising potential application, for example to move particles through cell solutions,” explains Mikael Käll.

More information about the research

The research is presented in the article Microscopic Metavehicles Powered and Steered by Embedded Optical Metasurfaces in the journal Nature Nanotechnology. The article was written by physicists Daniel Andrén, Denis G. Baranov, Steven Jones, Giovanni Volpe, Ruggero Verre and Mikael Käll, active at Chalmers University of Technology, the University of Gothenburg and the Moscow Insitute of Physics and Technology.

The project was funded by the Excellence Initiative Nano at Chalmers University of Technology, the Swedish Research Council and the Knut and Alice Wallenberg Foundation. For the project, nanotreatment was carried out at Myfab. The microscopic vehicles were manufactured at Chalmers.

Daniel Andrén, former PhD student at the Department of Physics, Chalmers University of Technology and lead author of the study
daniel.andren@chalmers.se
+46 73 516 65 18

Mikael Käll, Professor at the Department of Physics, Chalmers University of Technology
mikael.kall@chalmers.se
+46 31 772 31 19 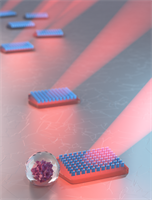 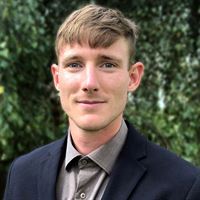 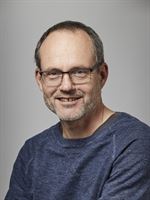