Size matters when it comes to atomic properties 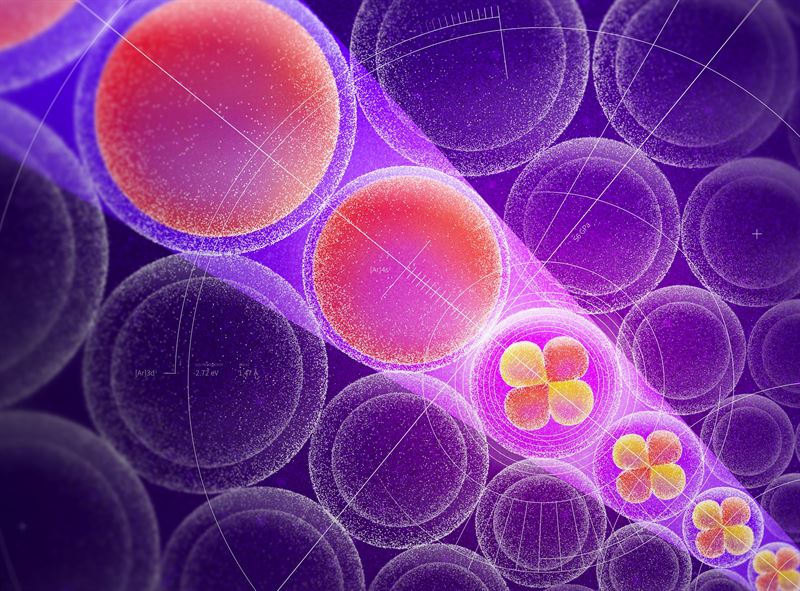 A study from Chalmers University of Technology, Sweden, has yielded new answers to fundamental questions about the relationship between the size of an atom and its other properties, such as electronegativity and energy. The results pave the way for advances in future material development. For the first time, it is now possible under certain conditions to devise exact equations for such relationships.

“Knowledge of the size of atoms and their properties is vital for explaining chemical reactivity, structure and the properties of molecules and materials of all kinds. This is fundamental research that is necessary for us to make important advances,” explains Martin Rahm, the main author of the study and research leader from the Department of Chemistry and Chemical Engineering at Chalmers University of Technology.

The researchers behind the study, consisting of colleagues from the University of Parma, Italy, as well as the Department of Physics at Chalmers University of Technology, have previously worked with quantum mechanical calculations to show how the properties of atoms change under high pressure. These results were presented in scientific articles in the Journal of the American Chemical Society and ChemPhysChem.

The new study, published in the journal Chemical Science, constitutes the next step in their important work, exploring the relationship between the radius of an atom and its electronegativity – a vital piece of chemical knowledge that has been sought since the 1950s.

By studying how compression affects individual atoms, the researchers have been able to derive a set of equations that explain how changes in one property – an atom’s size – can be translated and understood as changes in other properties – the total energy and the electronegativity of an atom. The derivation has been made for special pressures, at which the atoms can take one of two well-defined energies, two radii and two electronegativities.

“This equation can, for example, help to explain how an increase in an atom's oxidation state also increases its electronegativity and vice versa, in the case of a decrease in oxidation state,” says Martin Rahm.

A key question for the science of unexplored materials

One aim of the study has been to help identify new opportunities and possibilities for the production of materials under high pressure. At the centre of the earth, the pressure can reach hundreds of gigapascals – and such conditions are achievable in laboratory settings today. Examples of areas where pressure is used today include the synthesis of superconductors, materials which can conduct electric current without resistance. But the researchers see many further possibilities ahead.

“Pressure is a largely unexplored dimension within materials science, and the interest in new phenomena and material properties that can be realised using compression is growing,” says Martin Rahm.

Creating the database they themselves wished for

The large amounts of data that the researchers have computed through their work have now been summarised into a database, and made available as a user-friendly web application. This development was sponsored by Chalmers Area of Advance Materials and made possible through a collaboration with the research group of Paul Erhart at the Department of Physics at Chalmers.

In the web application, users can now easily explore what the periodic table looks like at different pressures. In the latest scientific publication, the researchers provide an example for how this tool can be used to provide new insight into chemistry. The properties of iron and silicon – two common elements found in the earth's crust, mantle and core – are compared, revealing large differences at different pressures.

“The database is something I have been missing for many years. Our hope is that it will prove to be a helpful tool, and be used by many different chemists and materials researchers who study and work with high pressures. We have already used it to guide theoretical searches for new transition metal fluorides,” says Martin Rahm.

More about atoms and high pressures

At high pressures, atoms and molecules are squeezed closer together, which affects their electronic structure. Among other things, compression can lead to the formation of new chemical bonds. Semiconductors and insulators can also be turned into metals. In some cases, materials formed under high pressures may retain their structure and properties when the pressure returns to normal. A typical example is diamond, which is formed from ordinary graphite under high pressure.