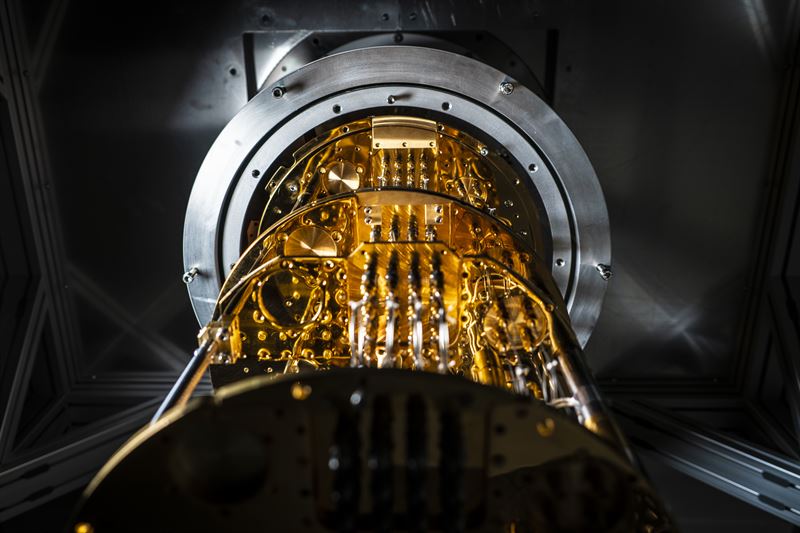 Knut and Alice Wallenberg Foundation is almost doubling the annual budget of the research initiative Wallenberg Centre for Quantum Technology, based at Chalmers University of Technology, Sweden. This will allow the centre to shift up a gear and set even higher goals – especially in its development of a quantum computer. Two international workshops will kick-start this new phase.

”Quantum technology has enormous potential and it is important that Sweden has the necessary skills in the area. During the short time since the center was founded, WACQT has built up a qualified research environment, established collaborations with Swedish industry and succeeded in developing qubits with proven problem-solving ability. We can look ahead with great confidence at what they will go on to achieve,” says Peter Wallenberg Jr, Chair Knut and Alice Wallenberg Foundation.

Since 2018, Chalmers University of Technology has been managing a large, forward-thinking research initiative – the Wallenberg Centre for Quantum Technology (WACQT) – setting Sweden on course to global prominence in quantum technology. The main project is to develop and build a quantum computer, offering far greater computing power than today's best supercomputers.

During the first three years, the quantum computer researchers within WACQT have focused first on making the basic building blocks of the quantum computer – the qubits – work as well as possible, at small scale. A milestone was reached in 2020, when they managed to solve a small part of a real-world optimisation problem with their well-functioning two-qubit quantum computer.

Increases the quality of the hundred qubits
Now comes the time to significantly scale up the number of qubits, and increase the efforts on developing software and algorithms. At the same time, the entire research initiative is being scaled up, with Knut and Alice Wallenberg Foundation (KAW) deciding to almost double WACQT's annual budget, from SEK 45 to 80 million per year for the coming four years. The investment has previously also been extended from its original ten years to twelve, and has now a total funding of at least SEK 1.3 billion including contributions from industry and the participating universities.

“It is very encouraging that KAW shows such great confidence in us. It strengthens WACQT’s research programme and gives us the opportunity to build an even better quantum computer. In terms of the number of qubits, the goal is still one hundred, but now we are aiming at one hundred really high-performance qubits,” says Per Delsing, director of WACQT and Professor at Chalmers.

With the increased funding, WACQT will, among other things, invest in improving the materials in the superconducting chips that constitute the qubits. Quantum states are extremely sensitive, and the slightest disturbance in the materials can impair performance. The qubits manufactured at Chalmers are already among the best in the world, so improving them entails moving the entire research field into new territory.

“These disturbances are extremely small. It requires research just to understand what they are and which are most common. We need to study the entire manufacturing process in detail and explore new ways to eliminate disturbances in the material,” Delsing explains.

Will employ another 40 researchers
With the increased funding, the number of researchers working in the quantum computer project can now be significantly increased. For example, a new team will be formed to study nanophotonic devices that can enable the interconnection of several smaller quantum processors into a large quantum computer. Within the next two years, the research force will be expanded by 40 people, almost double the current amount. In a first step, fifteen new postdocs will be recruited.

“This is an ambitious recruitment in a highly competitive niche area. But our hopes are high – through previous recruitments we have attracted top talents both from Sweden and internationally. We have a unique interaction with the industry, extensive experience of superconducting circuits and an amazing clean room facility,” says Delsing.

To mark the quantum computer project’s new, next-level development, WACQT is organising two international workshops: one on quantum software and optimisation (8–9 April), and the second on enabling technology and algorithms for quantum computing (13–14 April). Anyone curious to hear about the state of the art in quantum computing can follow the workshops online.

“These are very exciting times in quantum computing. New steps are being taken all the time and the competition is rapidly increasing, with many countries making major investments. This investment will ensure that Sweden and Chalmers remain at the global forefront,” Delsing says.

More about: The Wallenberg Centre for Quantum Technology

The Wallenberg Centre for Quantum Technology, WACQT, is a 12 year research center that aims to take Sweden to the forefront of quantum technology. The main project is to develop an advanced quantum computer. WACQT is coordinated from Chalmers University of Technology, and has activities also at the Royal Institute of Technology, Lund University, Stockholm University, Linköping University and Göteborg University.