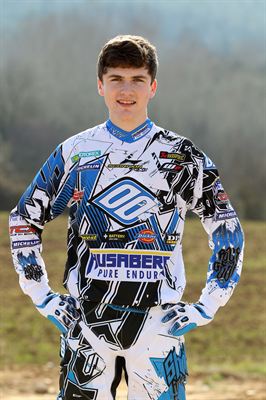 The Championship returned to Europe for the first time this year, after the early trip to South America in March. The small town of Puerto Lumbreras on the South East coast of Spain was the venue for the action.

Following his success in South America, Jamie McCanney, continued to grow in confidence and dominate the event by winning on both days.

The 18 year-old rider, who is sponsored by Dickies, said: “I managed to open up a good lead on day one and even with a big mistake I was able to hold on for victory. The conditions were tough, especially on a 125, but everything worked out well. Day two was harder, I wasn’t sure I’d be able to do two more laps mid-way through the day, but I just kept pushing and got another win. It’s been great to get a double class win.”

The event also saw the start of the Women’s EWC, in which Dickies have sponsored rider Jane Daniels.

In the build up to the event Jane had suffered ligament damage to her knee and a fractured arm so her fitness was always going to be in doubt. Despite this the 19 year-old proved she has the ability to succeed at the highest level and achieved second and third places.

Dickies are proud to sponsor the Midwest Husaberg UK riders and wish all the riders the best of luck at the next meeting.

For further information relating to this press material, please contact Tracey Treanor on: 01923 269490 or e-mail: tracey@chicanemarketing.co.uk