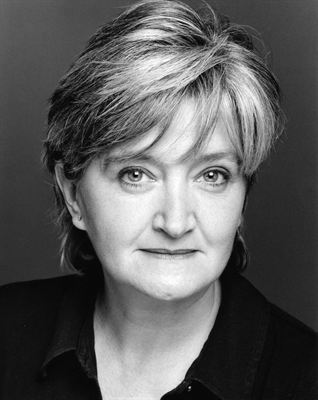 Coming to the St James Theatre, London in June is a trip not out of the norm for Kate.

Despite being a northern girl from Leeds, and working in Manchester almost full time for the past five years, due to her role of Auntie Pam in Coronation Street and appearing in All The Way Home at the Lowry Theatre, her home is in London.

Kate has always joked that since she has lived in London, most of her work has been back in the north so it will be a pleasant opportunity to work for a month in London and commute from her own home!

Kate is currently playing the role of Aunt Ann in Northern Broadside’s highly acclaimed national tour production of Rutherford and Son, which is about to hit London from 4th – 29th June at the St James Theatre.

When she was asked about being part of the cast for the play, she jumped at it. “I loved the script and was excited about working on a new adaptation of Rutherford and Son, especially as it was being directed by Sir Jonathan Miller, an opportunity and experience too good to miss” commented Kate.

Kate is looking forward to coming back to London’s West End theatre, which is very much the foundations and roots of her acting career to date. She explained, “I started my acting career on the West End Stage at The Aldwich theatre in a production of Chekov’s The Cherry Orchard. It was an incredible experience to work with a star studded cast including; Dame Judi Dench, Ronald Pickup, and Michael Gough and was directed by none other than Sam Mendes.”

Kate also appeared in The Mousetrap at the St Martins theatre early in her career before moving from TV and theatre for most of her career to date.

When Coronation Street came calling it was a great chance to work in the famous soap that Kate had watched with her family since she can remember. “I never thought Coronation Street would continue for as long as it did. Initially my character of Aunty Pam was planned for a 3 month stint and ended up staying 4 years.

However, the theatre has always been where Kate’s love of the business remains and after working with Ayub Khan-Din in his new play All The Way Home, the previous year,it was the icing on the cake to work alongside Barry Rutter and Sir Jonathan Miller in Rutherford and Son.

“It’s been a long run so far, 6 months travelling to theatres around the nation and I have loved every minute of it. The cast have become friends, which is vital on a long run tour and I am delighted that the reviews and recognition have been so good.

I’m surprised, being a northern actress that I haven’t worked with Northern Broadside until now, but I do hope it won’t be the last production I do for themSo what’s next for Kate? She has just finished a week at The Everyman Theatre, Liverpool in Rutherford and Son and has York Theatre Royal to come this week before the transfer into London’s St James Theatre. “Then maybe I will get a chance to spend some time with my family before seeing what’s next to come. I would love to continue with another successful theatre production, but there is always TV round the corner. It may be a stint back on the famous Corrie cobbles or indeed something new. Whatever I do next will be exciting though and that’s the great thing about being an actor – you never know what the next call is going to be for or from whom!”

Kate will be at The St James Theatre, London in Rutherford and Son form June 4th – June 29th.

Kate originally trained at the Webber Douglas Academy of Dramatic Art and a selection of her credits include the following:

However, Kate is probably best known for her current portrayal of TV Soap’s favourite Auntie Pam Hobsworth in Coronation Street.

Kate has also been a judge on ‘UK Worker of the Year’ alongside TV presenter Quentin Willson.

For further information relating to this press material, please contact Gary Barak on: 01923 268490 or e-mail: gary@chicanemarketing.co.uk 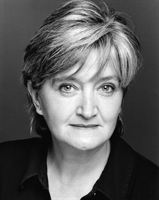