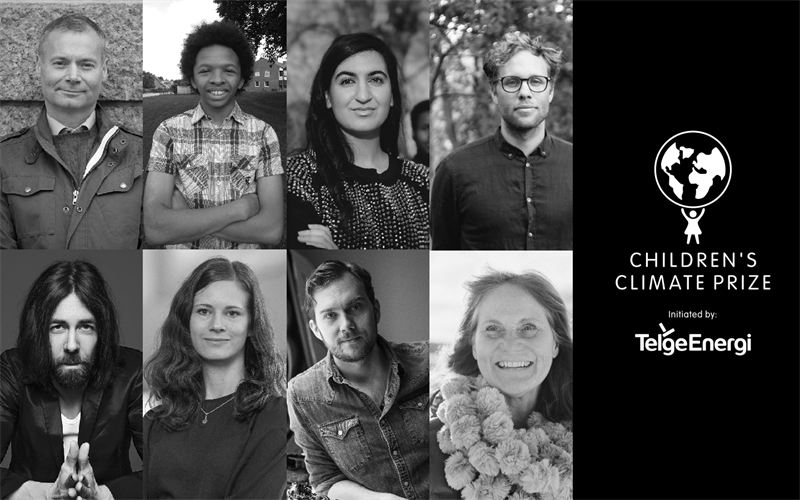 The nominations for the Children’s Climate Prize 2019 have closed, Now, the jury have the difficult task of choosing this year’s finalists. The finalists will be presented on the 25th October, and thereafter the jury will initiate the next step in the process – to pick the two winners.

The Children’s Climate Prize award ceremony will take place on a gala evening in Stockholm City Hall on the 13th November. The day before, the two winners will visit Södertälje City Hall to participate in the Children’s Climate Talks. The event is a platform where the winners get a chance to present their project in more detail for all visitors. The event welcomes youths from schools in Södertälje, youth environment and climate organisations and journalists to participate in discussions about the climate and environmental issues. The attendees will also get the chance to meet and ask questions to the Children’s Climate Prize winners.

The Children’s Climate Prize has grown a lot since it first started in 2016. For the first time ever, the award introduces a second category - ”Clean Air”. The category has been added with the introduction of a new partner – the air purification company Blueair. The winners in both categories will be determined by a jury and will each be awarded 100 000 SEK to develop their projects.

This is the fourth year in a row that the Childen’s Climate Prize is arranged to highlight children and youths in the ages of 12-17 that have done something extraordinary for the climate and the environment. Contributions are accepted from all around the world, and the prize will be given to two individuals, groups or organizations.

The Children’s Climate Prize is an initiative of the Swedish power company Telge Energi, which has taken a stand for sustainable development by working exclusively with renewable energy for over 11 years. The Prize was founded out of Telge Energi’s desire to do more to contribute to positive change and to support young people who actively engage in and drive sustainability issues.