What does an inventor from Tanzania, a jewelry designer from Kenya and two UN speakers from Bali have in common?

They are all under 18 years old and have found new smart ways to reduce the environmental impact of plastics. They are also among the finalists of the Children’s Climate Prize 2017.

This year the jury had difficulties to agree on choosing only five finalists. The nominations were many and of very high quality, so the jury decided to increase the lineup with yet another finalist, making them six finalists. Chairman of the jury, Johan Kuylenstierna from the Stockholm Environment Institute, says that he was amazed of the ingenuity and commitment of the contributions:

”It is easy to feel despair when following the news these days, but looking at these young heroes from around the world, ready to take lead for transition, you find both hope and inspiration!”

Several of this year’s finalists have a connection to plastic waste recycling.

”Plastic waste is a major global problem, especially in the oceans. Other finalists have taken on other kinds of climate related issues, working for sustainable school meals and climate-science vs. opinion”, says Johan Kuylenstierna.

On November 13, the winner of the Children’s Climate Prize will be presented, and on November 22th, the award ceremony and gala dinner will be held at Tom Tits Experiment in Södertälje, Sweden where last year’s prize winner Xiutezcatl Martinez also will attend.

The finalists of Children's Climate Prize 2017 with jury motivations:
For more info about the finalist klick the links.

”In a short period of time, Melati and Isabel have raised global awareness for the environmental impact of plastic waste in our oceans. With a clear message and strong actions their initiative, Bye Bye Plastic Bags now is a phenomenon with an outreach far beyond the island of Bali. Their patience, persistence and performance serve as both inspiration and proof of young leadership for a sustainable climate and environment in a time when it’s most needed."

”With a minimum of resources, Edgar has shown great entrepreneurship in the creation of Green Venture Recycles. With astounding knowledge and a marvel of creativity he has shown how plastic bags can be transformed into durable building blocksthrough a cheap and sustainable process. The jury is full of admiration of his solutions and see great potential for scaling up and further developing his methods. With his invention, Edgar has made a great contribution locally in his area, and in the long run an admiring effort also for the environment and climate on a global scale.”

”Lila's campaign for veganism and plant-based meals in school is bold, inspiring and worthy of admiration. Meat and dairy products affect the climate as much as all the world's cars, buses, boats and airplanes together. Still, our diets is mostly based on old traditions and much of a no-go zone for decision makers. Lila’s vegan campaign has challenged the traditional school systemin a meat loving part of the world, and managed to put plant based dishes on the regular menues.”

“Education at its best, with strong leadership and a strong team of efforts, Destilla Sun has shown that history and tradition can take us into the future with sustainable solutions for water purification. By looking back we sometimes get the answers for how to move forward.”

“Michelle has taken recycling to a new level, with great ingenuity and creativity. With her ability to make beautiful and useful things out of what most consider as trash and garbage, she’s constantly contributing with a growing collection of sustainable accessories."

”At a time when facts increasingly are interpreted and treated as opinions, Charlie and Jeremy dare to stand up for scientific knowledge, determined to educate their generation on the pressing climate issue. Through their blog ”Two green leaves”, they’ve made real impact in both media and at state capital, so that today 80 public schools in Portland are required to treat climate change as science and not opinions.”

Katarina Mohlin, Head of Communications at if

Youth representatives from France, the USA and New Zealand, along with students from the Blombackaskolan School

The Children's Climate Prize is an international climate event for environmentally conscious people from all over the world. It is a platform to inspire and give young people opportunities to drive change. The prize is awarded to children or youth, aged 12-17, who has taken extraordinary actions for the climate, environment and future generations. The Swedish energy company Telge Energi, which for 11 years has been working exclusively with renewable energy, initiated the prize in 2016 with the purpose of spotlighting the climate issue from the perspective of the next generation. In 2019, the Clean Air category was added in collaboration with Swedish Blueair, a world-leader in air purification. Finalists and winners are selected by an independent jury of experts. The winners are awarded with 100 000 SEK to scale up their projects. To read more about the prize, please visit: www.ccprize.org 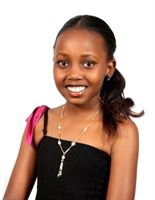 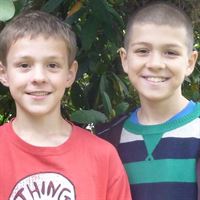 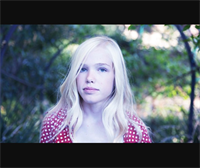