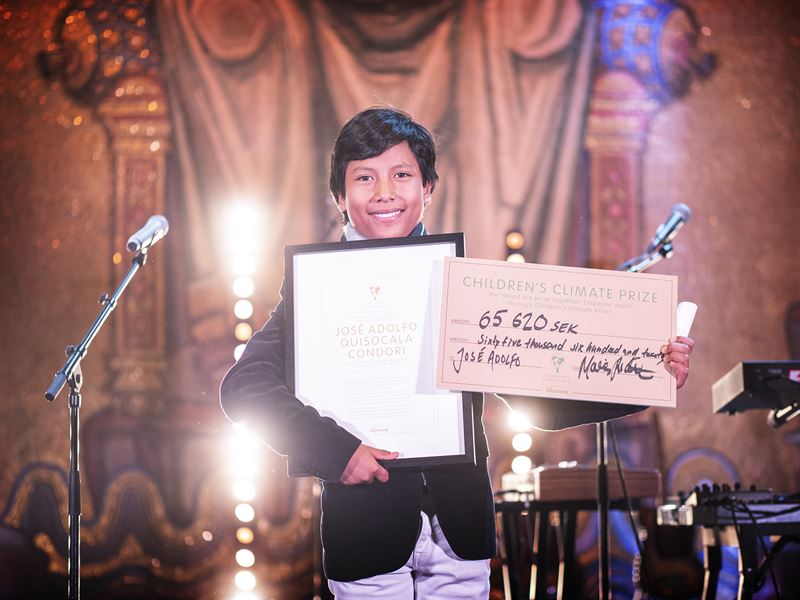 Nominations for the Children’s Climate Prize 2019 are now open. The prize was established in 2016 with the aim of rewarding young people’s innovation and commitment to the issue of climate change. Four years later, the prize has developed into an international platform where sustainability-committed youth meet to discuss, share their experiences, and present their innovations and initiatives for the climate, the environment, and sustainable development.

The IPCC’s 2018 report warned of the risk of a climate catastrophe as early as 2040. For most of the world’s population, this is well within their lifetime.

All over the world, young people are getting involved in the issue of climate change to secure a sustainable future. The aim of the Children’s Climate Prize is to reward these young people who are actively working to make the world better and to counteract climate change.

The nomination period for this year’s award is now opening, and environmental and climate-smart projects, inventions, and initiatives can be nominated. The prize will be awarded to an individual, a group, or an organisation, and submissions are accepted from all over the world.

The Children’s Climate Prize has evolved greatly since its start in 2016. For the third consecutive year, Children’s Climate Talks will also be held. This is a forum in which finalists present their projects in more detail, and an opportunity to discuss climate and sustainability issues with local organisations, politicians and business people. But a big part of the initiative is still the prize that is awarded to 12-17-year olds fighting climate change. The finalists and the winner will be chosen by a jury and the winner will be awarded SEK 100,000 crowns to scale up their project.

Previous winners have been rewarded for their ground-breaking and innovative environmental efforts. Last year’s winner, thirteen-year old José Adolfo from Peru, started an eco-bank built on a circular economy where children learn the value of garbage through recycling.

The first Children’s Climate Prize was awarded to Xiuhtezcatl Martinez. Xiuhtezcatl is head of the global organisation Earth Guardians and has made his voice heard on some of the biggest stages around the world. He has spoken at the UN Summit in Rio De Janeiro and was the keynote speaker at the UN General Assembly in New York. Xiuhtezcatl is one of the 21 young people who are sueing the American Government in federal court for not acting against global warming.

The Children’s Climate Prize was founded by the Swedish power company Telge Energi, which for the past 11 years has taken a stand for sustainable development by working exclusively with renewable energy. The initiative was started when Telge Energi was seeking to do more to contribute to positive change and to support young people who actively get involved in and drive sustainability issues forward.

The prize will be awarded at the Stockholm City Hall on November 13 during a gala to honour the finalists and winners.

We welcome nominations from June 4th and all submissions can be easily registered in the form on https://ccprize.org/.

About Children’s Climate Prize:
The Children's Climate Prize is an international climate event for environmentally conscious people from all over the world. It is a platform to inspire and give young people opportunities to drive change. The prize is awarded to a young person who has taken extraordinary actions for the climate, environment and future generations. The Swedish renewable energy company Telge Energi initiated the prize with the purpose ofspotlighting the climate issue from the perspectiveof the next generation. To read more about the prize, please visit: http://www.ccprize.org 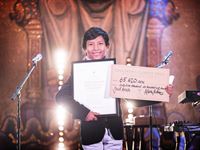