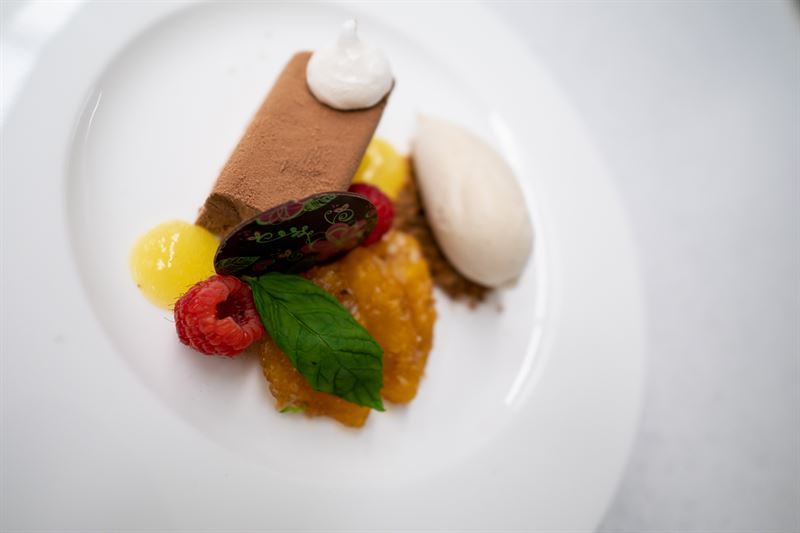 The Children's Climate Prize gala takes place on November 20th in Stockholm City Hall, this year led by Lydia Capolicchio. During the awards, the 250 specially invited guests will be served an exclusive three-course dinner consisting of 100% vegan wholefoods. This is part of the event's aspiration to make the gala more climate conscious.

All events held at Stockholm city hall are catered for by the very experienced Stadshusrestauranger, not the least of which being the notable Nobel Prize. They found the request for a vegan food concept very exciting.

– We are pleased that the Children's Climate Prize has chosen a vegan menu. More and more people have realized the benefits of eating plant based, both health wise and in terms of the environment. Everybody can make a difference, says Isabella Sundell, Project Manager Banquet & Events at Stadshusrestauranger.

At the bottom of the bowl we have a pumpkin purée made from Muscat squash, a kohlrabi flower filled with tofu and porcini cream, as well as artichoke chips and sliced fried porcini. Over this we pour soup of Jerusalem artichoke flavoured with soybean cream.

Salt-boiled and baked mini celery, hollowed out and filled with Portobello mushroom and celeriac. Out of these pockets tiny Shitake-stems are peaking out. This is served with mushroom- and celeriac gravy seasoned with Gotland truffle together with roasted potatoes and autumn vegetables.

Chocolate mousse made of soy cream served with coconut-caramelized pineapple and vanilla ice cream made from Planifolia vanilla and oat milk as well as pineapple cream.