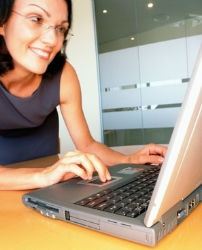 Austin, Texas - It’s been an eventful summer already in the small business world. From the new version of the Internet (IPv6) being turned on in early June, Pinterest ads that stretch the imagination, to Facebook “Want” button speculation, there’s a lot you could’ve missed if you’ve been laying out by the pool this past month. ChooseWhat.com, a small business resource has teamed up with FaxCompare, an online fax comparison site to accumulate some of the top business events and their effects on small businesses and startups to help you get the highlights. Here are the top 10 most important recent happenings that affect you.

1)      A Whole New Net: A new version of the Internet has been switched on. Known as Internet Protocol version 6 (IPv6), this new Internet is said to have a significant effect on our lives in the not too distant future. Although you may not notice a difference right now, this version will mean a total overhaul of IP addresses in the coming years. The reason for this update is because the current Internet has run out of IP addresses and many of us are sharing them. The old/current Internet, IPv4 can accommodate 4,294,967,296 addresses, while the IPv6 has a whopping 340,282,366,920,938,463,463,374,607,431,768,211,456 IP addresses available. (via Business Insider)

How this applies to you: Vint Cerf, one of the two “fathers of the Internet” including the IPv6, has speculated that it will create an “Internet of things” where just about everything we possess will have its own IP address and could be controlled by an app. This leaves open a seemingly infinite number of advancements to current technology, taking us a few steps closer to the world of the Jetsons… FINALLY!

2)      You Say You “Want” -- A Revolution: In late June, Facebook released a “Want” button in its Javascript SDK code. Although the functionality isn’t public yet, the addition is speculated to work similarly to Facebook’s famous “Like” button. If actualized, the “Want” is set to improve the way advertisers use Facebook to reach potential customers, since up until now companies marketing on the social network have only a vague notion of a user’s intent being that it’s nearly impossible to know what a “Like” means. A “Like” could signify that a user already owns it, just simply likes the product and its presentation but has no intention of getting it for themselves, or actually wants to buy it. The “Want” button would help easily express the user’s intent which would make it possible for advertisers to focus on their most valuable audience. (via Inside Facebook)

How this applies to you: The range of possible outcomes due to this extension of Facebook’s user capabilities is immense. From advertisements targeted to users who actually desire specific products to new web apps designed around compiling users’ Wants and pooling data with friends, locations, etc., this addition is poised to be the most transformative to both individuals and businesses in Facebook’s history. But as of now, Facebook’s official comment on this feature is, “We're always testing new Platform features; however we have nothing new to announce.” So we will all have to wait and see if the “Want” actually comes to fruition.

3)      Silicon City: CornellNYC Tech, a tech-centered extension of Cornell University has been announced and is to be built on Roosevelt Island in New York City. The campus will not only be geared towards fostering technological advancements but also to train students in the realm of entrepreneurship. Since 2007, The Big Apple has seen an explosion of nearly 500 tech startups, and with the creation of this combination graduate school and startup incubator, NYC hopes to bypass Silicon Valley as leader in tech innovation. (via The Huffington Post)

How this applies to you: CornellNYC Tech is scheduled to break ground in 2014. Once the campus is complete, enrollment should spur another wave of tech-centric businesses in the area. So even if you aren’t thinking about starting a tech company in New York, this influx of talent to the “greatest city on earth” is sure to cause a ripple effect felt around the country and the world.

4)      Census Survey Shutdown: The U.S. Senate is poised to cut Census Bureau funding which could eliminate certain surveys of the general population. Although this may be inevitable in order to constrain the budget deficit, there are alternatives to the data the Census Bureau surveys provide. Google’s keyword search tools (Adwords and Trends) can be very useful as well as survey tools like Google’s Consumer Surveys and Amazon’s Mechanical Turk. Also, Facebook now allows businesses to measure the effect of their marketing campaigns by counting “likes,” comments, shares, and re-shares into a new “People Talking About This” metric. (via Small Business Trends)

How this applies to you: This would disproportionally affect small businesses that often cannot pay for resources to conduct their own surveys. But, as stated above there are several ways that small businesses can collect similar data through the Internet and assuredly more that will be borne as Census Bureau surveys are reduced or eliminated.

5)      Squared Up: The mobile credit card reader Square has more than doubled its availability in US retail stores since the beginning of the year, up from around 10,000 to about 20,000 locations nationwide. This card reader is now available in retail outlets such as Walgreens, Staples, and FedEx Office in addition to Wal-Mart, Best Buy, Radio Shack, Target, and Apple Stores.

How this applies to you: This revolutionary payment processing system helps small businesses take advantage of a world that is increasingly replacing cash for credit and debit cards. If you have a smartphone or tablet, you can download the free Square app and use its “Store Locator” to find the nearest retail location to buy a card reader. The reader retails at $9.99 but includes a $10 credit that you can put back into your bank account essentially making the device free. (via Techcrunch)

6)      VC Jumps Ship to Build His Own: Former investor and venture capitalist Jordan Elpern-Waxman has traded in his position at Genacast Ventures, a startup investment firm, to become an entrepreneur himself. Jordan explains that the startup equity market is “a seller’s market, and you want to be on the right side of it.” Over the past few years entrepreneurs have had the upper hand in the equation. It’s no longer startups pitching to investors, it’s the opposite. A co-founder of Branch, Josh Miller received an investment proposition of $500,000 after a 15-minute meeting over coffee. (via Business Insider)

How this applies to you: If you have a great idea for a startup, enough relevant experience in your industry, and a solid pitch, you should be able to find someone to back your business. Because the equity market is on your side, it is easier than ever to court an investment firm who would be willing to support your efforts of making that idea a reality.

7)      Dell Bets on Small Biz: In June, Dell announced the creation of a $100 million credit fund for startups called the Dell Innovators Credit Fund. Job creation statistics show that technology savvy small to midsize businesses outperform those with less technological expertise at more than a 2:1 ratio. This statistic prompted Dell to create the fund to be used as an IT advisor or as Ingrid Venderveldt puts it, a “CIO in a box.” Not only will the credit be used to buy infrastructure, but they will have consultants work with the companies in order to create scalable technology solutions. (via Dell)

How this applies to you: Qualified angel and venture-backed companies can access up to 10 percent of their funded amount (up to $150,000) on accelerated, limited credit terms. If your company has greater credit needs, this can be obtained on a “fast track basis” by supplying them with additional financial information.

8)      Girls Who Know… Code: Several tech industry titans including Twitter, General Electric, Google, and eBay have recently announced support for a program aimed at bringing more females into the tech world called “Girls Who Code.” Reshma Saunjani, a former New York City deputy public advocate created this project because only a small number of women are prepared to enter this industry out of college. She says that although women make up 57 percent of college graduates, only 14 percent of computer science and engineering degrees are obtained by women. The program is to comprise of an 8-week course with a focus on young women of middle school and high school age. (via The New York Times)

How this applies to you: A pilot program of Girls Who Code is planned for this summer in New York City with plans to expand to other cities in 2013. Sara Haider, an engineer at Twitter explains on their blog that “having more female engineers on staff leads to having an even better working environment.” With more diversity being promoted in the tech industry by programs like this one, everyone benefits.

9)      Pin-tastic!: Uniqlo, a Japanese clothing brand has stretched the bounds of advertising on Pinterest with its unique interactive, scrollable ad campaign called the “Uniqlo Dry Mesh Project.”  The ad puts a twist on scrolling the way mid-2000s chain emails did with scrolling text animation, this time with images of their products, logos, and sweat drops to create the animated effect. When scrolling through the pins they form an interactive commercial directly on the Pinterest page, and are supposed to wake Pinners out of their “scrolling slumber.” Creating the scrolling hack wasn’t an easy task, as they had to set up a simultaneous pinning event from several team members to make sure the images were ordered correctly. (via Brand Channel)

How this applies to you: Now that it has been shown that marketers can take advantage of Pinterest in this way, you’ll be sure to see others follow suit on that social network as well as others. Smart car advertisers in Argentina have even created a crafty scrolling animation on Twitter. If you act quickly and create your own inventive version of scroll animation for one of your social media outlets, you just might have the next viral ad campaign.

10)   Almost Everyone is Within Reach: A very new startup called Reachable launched in the last week of June and has created one of the most comprehensive (and creepy) projects for businesses known to this date. Reachable scans public information on various social networks to build an enormous database that shows how the entire world is connected. It sells companies access to this database who in turn add in their own information about their employees like email addresses, HR records, etc. and receive a corporate social graph from Reachable showing how each of their employees are connected to the rest of the world.  (via Business Insider)

How this applies to you: Companies both small and large may start using this technology soon in order to see how many of their employees have associations in businesses they are trying to reach out to. By doing this, Reachable aims to help companies have a more personal touch while building relations with new clients, partners, and suppliers. 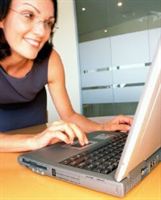