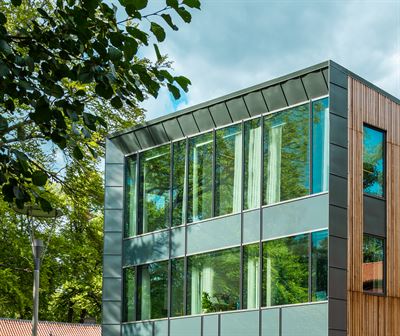 Events after the end of the period

Comments from the CEO

The acquisition of sputtering machines will enable ChromoGenics to own and control the entire production line, which creates conditions for being the natural first choice for the dynamic glass of the future. The spring months have unfortunately demonstrated the downsides of not having control over the entire production process and further confirmed the need to ensure this key function.

We are therefore convinced that we made the right decision in the spring to invest in our own sputtering machines, which will be located in Uppsala. Work is now underway to move the 135-ton machines from Germany to Uppsala. The installation will occur during the fall, with adjustments to the control system and testing. After the new year, the machines will produce sputter-deposited electrochromic film, which forms the basis of ChromoGenics’ dynamic products. The whole production process and the products will be more sustainable from an environmental perspective.

The acquisition also includes two smaller sputtering machines that will be used for R&D related to sputter-deposited electrochromic film. We are hoping that access to these machines will enable us to develop our cooperation with the Ångström Laboratory in Uppsala. The investments are financed by the conducted a preferential share issue during the summer and got fully subscribed to 180 percent which was very positive for the company.

ChromoGenics’ order intake for H1 2019 shows a continued positive trend, totaling SEK 26.5 million. The number of received orders increased from seven (7) in H1 2018 to fifty-seven (57) in H1 2019. In 2019, we also sold and began to deliver our unique energy-producing glass facade, ConverLight Energy, a product that we believe will be a good complement to our other dynamic and static glass.

ChromoGenics develops completely new products with unique technical features by combining different types of glass with both dynamic and static capabilities and solar panels. This process creates sustainable window glass and facades for the future. The property owners who contact us about our products out of curiosity are a sign that the market is demanding more and more sustainable and climate-smart products with less of an environmental footprint. The investment to expand our product portfolio has been clearly positive for ChromoGenics. With a broader offering, we become a more interesting partner for our customers.

During the spring and summer of 2019, we have had major problems with deliveries of sputter-deposited films from our suppliers. We have worked intensely with our suppliers to fix the problems, which unfortunately have proven to be much more time-consuming that we could have predicted. ChromoGenics has limited access to the machinery, which has resulted in long lead times. This means that failures in scheduled production have far-reaching consequences for ChromoGenics’ own production and delivery, particularly given repeated failures.

The problems that arose early in the spring seemed to be temporary and according to the supplier would be easy to resolve. However, the problems continued throughout the spring and have subsequently proven themselves to be the result of insufficient process controls combined with the reconstruction of a machine that was meant to improve quality but instead created new problems. The machine has now been returned to its original set-up and improved process controls have been implemented, and we are hopeful at the time of writing that we have fixed the problems. An unfortunate consequence and impact of these problems is that we are behind in our deliveries to customers who have ordered dynamic glass. We are now doing everything in our power to produce the material and deliver to ongoing projects and remaining redeliveries in previous projects.

The vision of achieving annual deliveries of at least 100,000 m2 of ConverLight® in the next few years is still in place. We are working methodically to achieve this goal and taking the actions necessary to improve the products and gradually upscale sales and production.

This information constitutes such information that ChromoGenics AB (publ) is obligated to disclose in accordance with the EU Market Abuse Regulation. The information was submitted by the above-mentioned contact persons for publication on 28 August, 2019, at 08:30 CET.

Every care has been taken in the translation of this document. In the event of discrepancies, the Swedish original will supersede the English translation.

ChromoGenics is located in Uppsala, Sweden, and the technology is derived from the world leading research center at Ångström Laboratory at Uppsala University. The plant has been partly financed by a conditional loan from the Swedish Energy Agency. ChromoGenics share (CHRO) is listed on Nasdaq First North Stockholm with G&W Fondkommission as Certified Adviser, e-mail: ca@gwkapital.se, tel.: +46 (0) 8 503 000 50. www.chromogenics.com 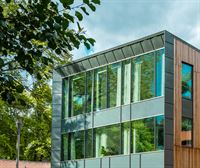