Church of Scientology Recognized with DeRose-Hinkhouse Memorial Awards of Excellence 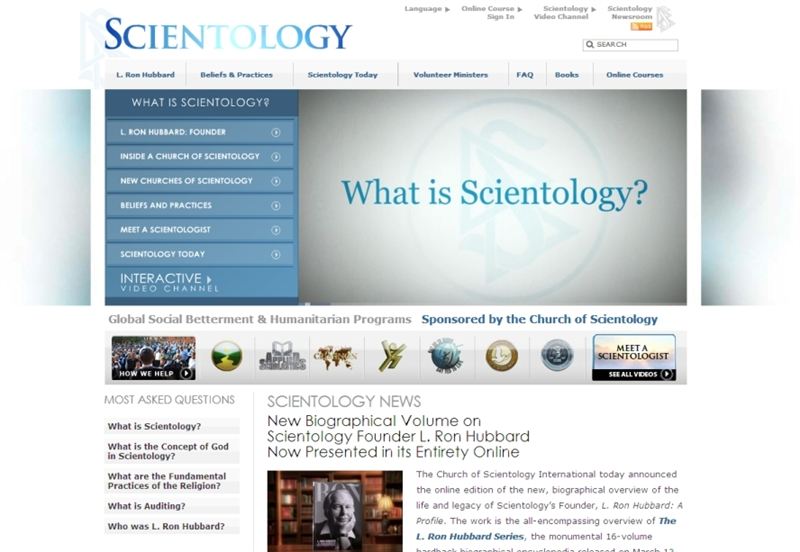 The Religion Communicators Council (RCC) honored the Church of Scientology with two DeRose-Hinkhouse Memorial Awards of Excellence at the Council’s 2012 convention in Philadelphia, Pennsylvania.

The first award went to the Scientology website, http://www.Scientology.org . Online since 1996 in the early days of the World Wide Web, the site has kept pace with the latest technical and creative advances to bring about an experience RCC judges describe as “lively, inviting and exciting.” Now in 17 languages, the site’s use of video makes it easy for visitors to gain an understanding of core concepts of the Scientology religion, learn about Church-sponsored humanitarian and social betterment campaigns and meet more than 200 Scientologists in the popular “Meet a Scientologist” section of the website. And with new Ideal Scientology Churches opening in cities around the world throughout the year, the site is regularly updated with news and videos of these grand openings events.

The RCC judges also honored the Church with an Award of Excellence for Scientology Handbook: Tools for Life videos on DVD, saying they were impressed with the “top-notch writing, production and post production” of this 2 1/2-hour video, particularly “the choice of lenses, the music and direction.” They described the result as “very persuasive communication.”

Comprised of 19 individual videos, Scientology Handbook: Tools for Life is available online through the homepage of the Scientology website along with 19 corresponding free online courses. The Scientology Handbook: Tools for Life film provides an introduction to basic Scientology principles that can be used to improve any aspect of life, including the most common and overwhelming difficulties and challenges—a failed marriage, trouble raising children, problems on the job, conflicts, and how to overcome any barrier to achieving one’s goals.

The videos are based on the Scientology Handbook, a text compiled from the works of L. Ron Hubbard who directed Scientology technology to be made readily available to enable anyone to take “effective steps to arrest and reverse the deterioration of a world where the individual is increasingly beset by economic, political and social forces that seem more and more overwhelming.” The Scientology Handbook is the textbook for the training of the Volunteer Minister, defined by Mr. Hubbard in 1976 as “a person who helps his fellow man on a volunteer basis by restoring purpose, truth and spiritual values to the lives of others.”

The DeRose-Hinkhouse Memorial Awards are given annually to active members of the Religion Communicators Council (RCC) who demonstrate excellence in religious communications and public relations.

About The Church Of Scientology

The Scientology religion was founded by author and philosopher L. Ron Hubbard. The first Church of Scientology was formed in the United States in 1954 and has grown to more than 10,000 Churches, Missions and affiliated groups and millions of members in 167 nations.