Convention Highlights Social Change From The Way to Happiness

Delegates from 13 nations heard remarkable stories of social change in the wake of the distribution of a simple booklet featured in a new brochure by the Church of Scientology. 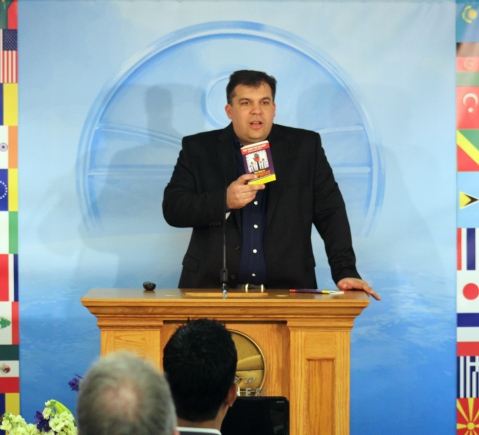 More than 80 delegates representing 13 nations convened April 26-28 for the second annual convention and awards banquet of The Way to Happiness Foundation in Glendale, California.

The Way to Happiness is a nonreligious moral codebased entirely on common sense that provides a path people of all backgrounds, cultures or creeds may follow to attain happier, more prosperous and more fulfilling lives.

Delegates shared extraordinary results achieved by distribution of the booklet:

In war-torn Democratic Republic of the Congo in November of 2008, two volunteers penetrated the depths of the conflict to hand-deliver copies of The Way to Happiness to rebel factions. The result—the rebels laid down their arms.

In St. Louis, Missouri, which topped the list of America’s most dangerous cities in 2012 Volunteers introduced The Way to Happiness to a coalition of religious leaders, who handed out more than 50,000 copies of the booklet through their anti-crime initiative called “Stop the Killing.” Nonprofit organizations, private businesses and law enforcements also came on board, adopting the booklet as their own. With some 1.5 million St. Louisans learning about The Way to Happiness, crime dropped by 21 percent.

Cuidad Juarez, Mexico, the notorious “murder capital of the world” across the border from El Paso, Texas, where broad distribution of The Way to Happiness throughout the city led to a 60 percent decline in the homicide rate.

Seminars and workshops focused on expanding the impact of the program through social media and introducing the program to like-minded groups.

The Way to Happiness was written in 1981 by author, humanitarian and Scientology Founder L. Ron Hubbard. Immensely popular since its first publication, more than 100 million copies in 109 languages have been distributed in 205 countries and territories.

The Church of Scientology and its members are proud to share the tools for happier living contained in The Way to Happiness with all who work to build a better world. For more information, visit http://www.Scientology.org/how-we-help/way-to-happiness.html.

About The Way To Happiness

Scientology: How We Help—The Way to Happiness, Creating a World of Honesty, Trust & Self-Respect is one of a series of brochures presented by the Church of Scientology International to meet requests for more information about the Scientology religion and its support of global humanitarian initiatives and social betterment programs. 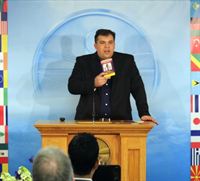