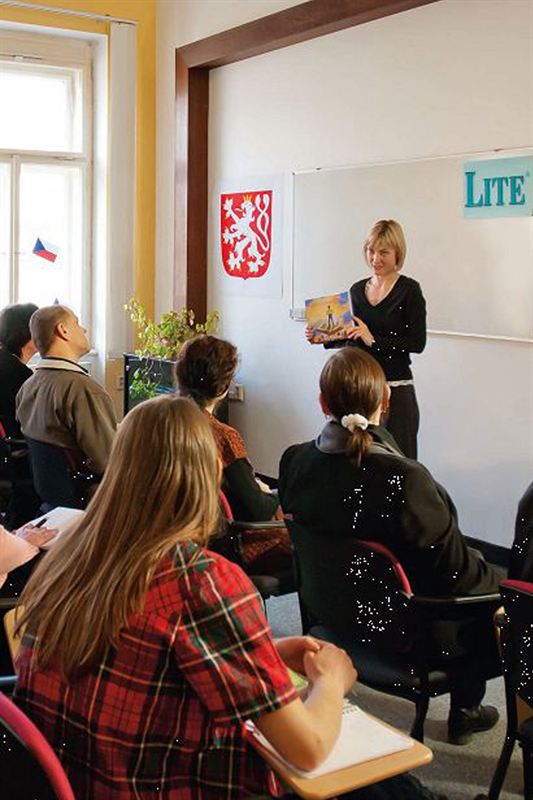 One of the 13 Life Improvement Through Education (LITE) centers in the Czech Republic, providing Study Technology developed by L. Ron Hubbard—the technology of learning how to learn any subject.

Released March 2013, the brochure Scientology, How We Help: Applied Scholastics, Achieving Literacy and Education features the Czech Republic, where the Ministry of Education has officially accredited The Basic Study Manual, a text published by Applied Scholastics International, for use in teacher training.

Applied Scholastics programs are flourishing in the Czech Republic, a highly literate country, where quality education is a priority and education is available to all citizens.

In the wake of the dissolution of the Soviet Union, in 1997 a Scientologist established the first Applied Scholastics center in Prague to make the discoveries of L. Ron Hubbard in the field of education and literacy broadly available in her country.

Called “Life Improvement Through Education” (LITE), the program offered the technology of learning how to learn any subject. The center rapidly expanded and soon two more LITE centers were formed. Additionally, an Applied Scholastics office was established for both the Czech Republic and Slovakia, enrolling more than 3,500 students, including children with special needs who benefit greatly from Study Technology when other schooling has failed. And, in 2010, the first Applied Scholastics elementary school was opened in the nation.

It was based on the impact and efficacy of Study Technology in use by these programs that the Czech Ministry of Education officially accredited The Basic Study Manual to be used in teacher training.

Applied Scholastics is a fully independent, nondenominational organization supported by the Church of Scientology and by Scientologists. For more than four decades it has made the technology of study available internationally.

Applied Scholastics International has trained over 135,000 educators from 42 nations who, in turn, have brought study Technology to millions of colleagues and students. The organization works with hundreds of affiliated schools and educational programs throughout the world, providing the effective learning tools developed by L. Ron Hubbard.

Applied Scholastics International is a secular nonprofit public benefit corporation that addresses head-on the problem of illiteracy by making broadly available L. Ron Hubbard’s discoveries in the field of education and literacy.