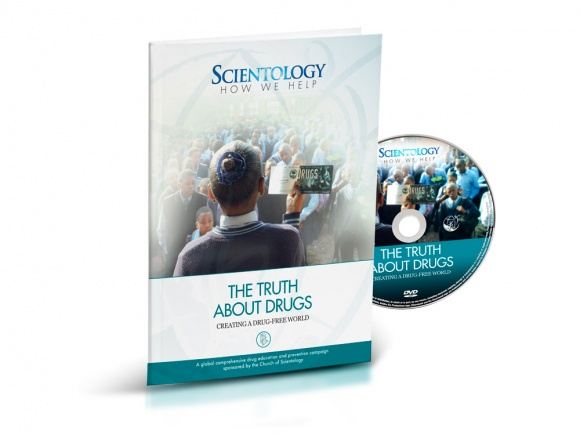 New publication, Scientology: How We Help—the Truth About Drugs, Creating a Drug-Free World

Effective drug education is critical if society is to reduce its prison population, representatives of the Church of Scientology stressed at the third annual reentry summit at the Victorville Federal Prison Complex in California.

Drug education is key in alleviating the prison problem. According to the U.S. Department of Justice’s Bureau of Justice Statistics, 17 percent of U.S. state prisoners and 18 percent of federal inmates said they committed their current offense to obtain money for drugs. Additionally, nearly one-third of state and one-fourth of federal prisoners committed offenses while under the influence of drugs.

In November 2010, members of the Church of Scientology introduced the Truth About Drugs to Victorville staff, who created a pilot drug education program based on the materials. The curriculum includes the Truth About Drugs booklet series of 13 booklets on commonly abused drugs; “They Said, They Lied” public service announcements that serve as introductions to the lessons; and The Truth About Drugs: Real People, Real Stories documentary featuring former users who survived addiction. In April 2011, 34 inmates began training and offered the drug education to fellow inmates.

A prison official described the results of the program: “The class has been highly successful. The tutors and the students are really receiving valuable information that they can apply to their lives. They are participating openly in discussing how drugs have affected not only their lives but the lives of their family and friends.”