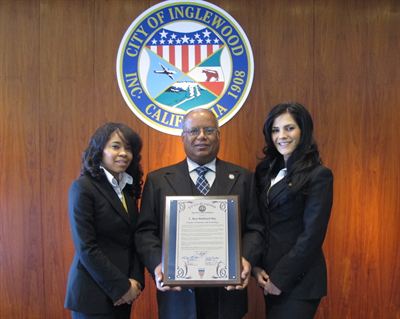 “L. Ron Hubbard is highly regarded and respected.  His work has brightened the lives of people from a variety of cultures, backgrounds, and walks of life, and his vision has made a notable impact on the residents of the City of Inglewood.”

The Information Centers further provide an overview of the many Church-sponsored humanitarian programs active in Inglewood and in cities the world over.

The Scientology religion was founded by American author and humanitarian L. Ron Hubbard.  The first Church of Scientology was formed by Scientologists in Los Angeles in 1954. Today the religion spans the globe with more than 10,000 Churches, Missions and affiliated groups across 167 nations. 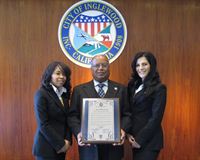