Meet A Scientologist—Certainty: The Secret of Sabrina Ochoa’s Success 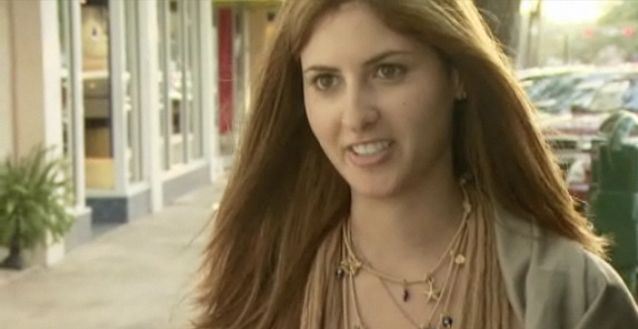 Writer Sabrina Ochoa is well on her way to accomplishing her career and personal goals. Her video is one of more than 200 “Meet a Scientologist” videos at www.Scientology.org.

What makes Sabrina Ochoa so successful? Confidence, security and certainty.

In her “Meet a Scientologist” video on www.Scientology.org, Scientologist Sabrina Ochoa says these are the words that define the difference in her life before and since studying Scientology.

“I used to have a very hard time understanding people—why they did certain things,” says Ochoa. “I had trouble relating to them. Now I understand why they do things and why I do things. I am living with certainty.”

Ochoa found Dianetics and Scientology in her native Colombia in 1996 when a friend gave her Dianetics: the Modern Science of Mental Health by L. Ron Hubbard. Eager to learn more, she began her studies of Scientology soon afterward during a week-long trip to Miami. When she moved to Miami to attend college the following year, she continued her Scientology studies as well.

“I wanted to find the one common cause for human problems, and when my friend gave me the Dianetics book I had to look no further,” says Ochoa. “Dianetics helped me find just that. Then Scientology gave me the tools to handle life.”

Ochoa, 31, is a successful copywriter and creative director, producing material for some of the top Hispanic advertising agencies in the U.S. and working as a freelancer. She has also taught at Miami Ad School.

“Certainty and security come from knowledge,” says Ochoa. “Dianetics and Scientology have given me knowledge. Through my application of what I have learned at the Church and my personal observation of the results, I have realized that life is not simply chance or luck—Scientology has given me the control to achieve what I want.”

She is eagerly anticipating the birth of her first child, a boy, in two months.

“The most important thing Scientology has given me is understanding,” says Ochoa. “With that, life becomes easier, and even when there are bumps in the road, you can see beyond the barriers and keep creating your goals.”