Meet a Scientologist—Peter Dunn: All in the Name of Help 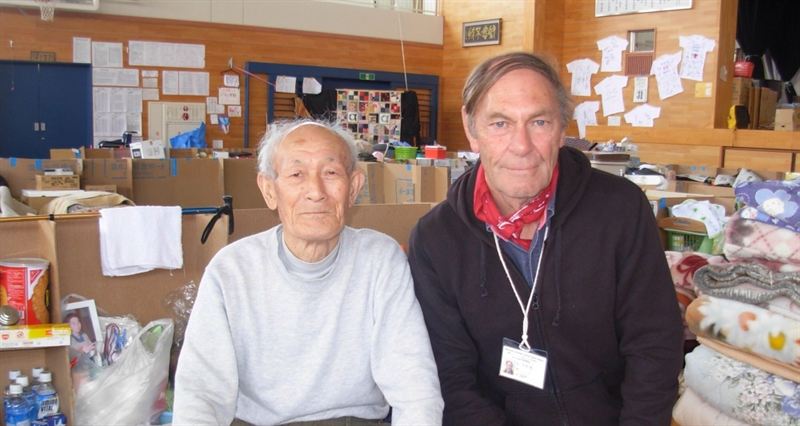 Australian Scientologist Peter Dunn has served as a Scientology Volunteer Minister in Haiti, Queensland, and Japan.

At 4 a.m. on March 11, 2011, the shock wave from the magnitude 9 earthquake that triggered a 30-foot tsunami off the northeast coast of Japan reached Australia—not as a physical blast but rather as a summons for Scientologist Peter Dunn to return to Japan and help in her time of need.

Dunn, a native of Adelaide who lives in Sydney, had spent the last few months volunteering in the December 2010 Queensland floods, helping residents of Grantham, the town hardest hit, clean up their homes and neighborhoods.

Having lived in Japan for several years when he served as a staff member at the Church of Scientology of Tokyo, Dunn’s strong affinity for the Japanese people and his sense of duty prompted his departure for Japan.

Described by Japanese Prime Minister Naoto Kan as “the biggest crisis Japan has encountered in the 65 years since the end of World War II," the earthquake and tsunami left more than 20,000 dead or missing, causing an estimated 16.9 trillion yen ($220 billion) in damage and triggering the world’s worst nuclear accident since Chernobyl.

Dunn, who also served for several months in Haiti following the January 2010 earthquake, described the scene he encountered in Japan as very different from what he experienced in Port-au-Prince. Although the destruction was worse and more widespread than in Haiti, Japan rebounded, able to quickly leverage far more resources in the relief effort.

As is the custom of the Scientology Volunteer Ministers, on arriving in Japan they asked what was needed and wanted and set about providing what was asked. They distributed food and water, worked on the search and rescue operation, and manned shelters. They even arranged bicycle donations so junior high school students could travel over roads still closed to cars and trucks to deliver food and supplies to ill, injured, and elderly residents in and around the city of Kesennuma.

While he was prepared to take on any task needed, Dunn is a Scientology spiritual counselor or auditor—“one who listens,” from the Latin audire, “to hear or listen.” So his main function in Japan was to provide Scientology assists. These are techniques developed by Scientology Founder L. Ron Hubbard that relieve stress and emotional trauma and can speed physical recovery by addressing the spiritual factors in illness and injuries.

“At one shelter, a lady who couldn’t walk when we started rose after a five-minute assist feeling like she wanted to run,” says Dunn. “Another elderly woman was deeply disturbed and told me she expected to die soon. A week later, after daily assists, she had regained her will to live and her enthusiasm and she was bringing life and optimism back to the entire room of 30 survivors in the shelter where she was staying.”

Dunn is proud that in each disaster where he has served, the Scientology Volunteer Ministers have addressed the task at hand with industry, willingness and persistence.

“It has been my honor to help hospital-bound amputees in Haiti, polite and gentle Japanese pensioners in homeless shelters, and rough, tough Aussie farmers,” says Dunn. “And each of them know by our actions that we have simply come to help.”

Introduced to Scientology in 1974 when a friend gave him a copy of Scientology: The Fundamentals of Thought by L. Ron Hubbard, Dunn, now 61, found answers he’d long sought about the meaning and purpose of life. What he appreciates most from what he has gained in four decades as a Scientologist is the ability and opportunity to help.