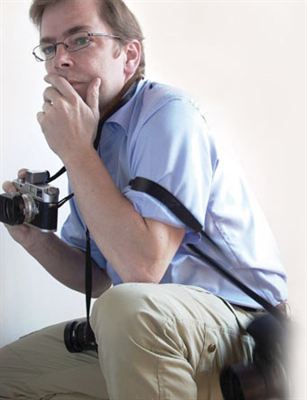 Danish photographer Thorsten Overgaard has made an art form of doing exactly what he wants, wherever in the world he wants to do it.

Imagine traveling the world, photographing celebrities, royalty, and rock stars, for magazines, Getty Images and Associated Press. That’s “work” for Danish photographer Thorsten Overgaard who has made an art form out of doing exactly what he wants to do.

While traveling, he holds seminars for amateur photographers anywhere his services are requested.

"Those attending have decided photography is important in their lives,” says Overgaard. “Like most people who contend with the problems of the workaday world, the opportunity and ability to create aesthetic effects through photography is a precious oasis of freedom."

Overgaard came to this profession as unconventionally as he carries it out.Although he explored and enjoyed writing and photography while still in school, his chosen field was advertising. Seeing the potential of the Worldwide Web when it was still in its infancy, he conceived and built a highly successful Internet marketing company and sold it for a handsome profit in 2000, on the condition that he not compete in that industry for five years.

Overgaard found himself at age 33 possessed of the freedom to do exactly what he wanted to do. Hence, photography.

“I didn’t look at it as a way to make a living,” he says. “I just felt I had a mission or message to deliver. I didn't have the slightest idea how, so I had to figure it out.”

He followed his philosophy—believe in yourself and do things the way you think it’s right—and to his surprise, his photographs attracted attention and popularity.

“I was about the last person to realize I had some special talent. But one day in 2005 I thought, ‘Well, why not? I can be a photographer.’ And from that day on, I was,” he says.

2005 held another significance for Overgaard—the 9.1 earthquake off the coast of Indonesia that triggered a series of devastating tsunamis on December 26, 2004, propelled him to Sri Lanka and India a few days later as part of the Scientology Disaster Response Team, a journey he documented in his book, After the Tsunami:

September 11,” he says. “In both cases I had a strong urge to go, but something in me said, ‘be sensible.’ We all carry an urge in us to reach out and do something as well as a voice urging us to be sensible and behave as if everything wrong is somebody else's problem. In the instance of the tsunami in Southeast Asia, my urge to reach out and help conquered all my fears.”

Overgaard was one of the 496 Scientologists from around the world who joined the Scientology Disaster Response Team in Sri Lanka, Indonesia, India and Thailand.

In his book, he describes an example of the kind of help these volunteers brought to hundreds of thousands of survivors, by providing and training others to deliver assists—techniques developed by L. Ron Hubbard that address the emotional and spiritual factors in trauma, illness and injuries. In this case, a volunteer provided an assist to a Sri Lankan man who had lost everything—most of his family, his home, the boat that had been his livelihood. At first, the man, who was bearing the events stoically, began to quietly cry. Gradually his mood lightened. He became calm and he finally smiled as he realized what he lost was part of yesterday and he now felt the strength and will to carry on.

Overgaard first looked into Scientology in 1987 after hearing that the basic concepts in L. Ron Hubbard’s administrative technology applied not only to Scientology Churches but also to any group or organization.

“L. Ron Hubbard’s discoveries were rocket science compared with what I had seen in business school,” he says.

He was curious about what else Hubbard had to offer. Reading Dianetics: The Modern Science of Mental Health answered that question, and Overgaard has continued learning and using Scientology ever since.

“A large part of being an artist is holding onto your own vision and making it a reality despite what others think,” says Overgaard. “Scientology helps you become more yourself. Events can ruin things—I have experienced that—but they can never ruin my life, because I am a spiritual being with a fundamental understanding of myself and others.”

To learn more about Scientology and the arts, watch "Meet a Scientologist" videos at www.Scientology.org. 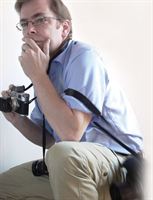