Reaching Out To Neighborhood Kids With The Truth About Drugs 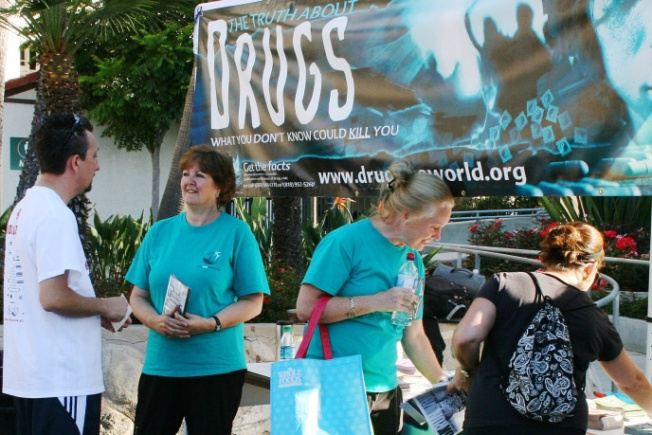 LOS ANGELES----In declaring October National Substance Abuse Prevention Month, President Obama wrote, “Every day, far too many Americans are hurt by alcohol and drug abuse.” He paid tribute to “all those working to prevent substance abuse in our communities,” and encouraged rededication “to building a safer, drug-free America.”

It was exactly this idea that motivated Gail Carroll of Monrovia, California, a drug education volunteer who subscribes to that philosophy year round. A Scientologist, her involvement in this activity was inspired by the Truth About Drugs, the global drug education initiative supported by the Church of Scientology.

“I first became interested in doing something about the drug problem four years ago when I watched The Truth about Drugs—Real People, Real Stories documentary,” she says. “It really gave me a message about the dangers of drugs from a very real and not sugar-coated viewpoint.”

The Truth about Drugs—Real People, Real Stories is a hard-hitting, no-holds-barred documentary covering each of the most commonly abused substances. The gritty portrayal of drug addiction is told in the straight talk that is the hallmark of the Truth About Drugs program through a compelling series of firsthand accounts of former addicts. The former abusers share their dramatic, heartbreaking tales of surviving life-shattering experiences.

“I saw immediately that this would be an incredible tool to educate kids on the dangers of drugs, so I set out to do something in my community,” says Carroll. “I felt that now that I had this information, if I were to sit on it, that would make me part of the problem, not the solution. It was time to get the word out and become more active in the community.”

She went to her local police station, met with a young police officer and gave him the DVD.

“He was very impressed,” she says. “He took the DVD to the assistant principal of the local high school.”

Carroll brought a Truth About Drugs Educator’s Guide to the assistant principal. The guide consists of a full semester of lesson plans, essays and homework assignments designed to elicit student participation, including 24 sets of the 13 Truth About Drugs booklet series on commonly abused drugs; the 16 “They Said, They Lied” public service announcements that serve as introductions to the lessons; posters on each of 11 different drugs; and the documentary.

“The assistant principal was very enthusiastic about it and gave it to the health teacher, who immediately began to use it,” she says. “The Truth About Drugs is now part of the high school’s drug education program.

Why did the school adopt the program? What they like best is they way the program gets through to the kids,” says Carroll. “The kids actually watch it. The DVD does not talk down to them or lecture them, but talks to them. The music is modern and edgy and communicates to the youth of today.”

Carroll and her husband distribute these materials where crowds congregate, such as at their local farmers’ market, and for the past four years they have set up a booth at their local National Night Out—an annual crime and drug prevention event.

“Teenagers often come up to us and tell us they use these materials in their school,” she says. “Our local high school teacher spoke at a week-long drug education seminar organized by the Los Angeles County Sheriff for his Clergy Council. After he spoke, one of the ministers raised his hand. He said he had brought the materials home after the last session and had showed them to his teenage daughter. He was delighted to find out she was very familiar with the program. It turned out she attended the school where I had first introduced the program. It really came full circle.” 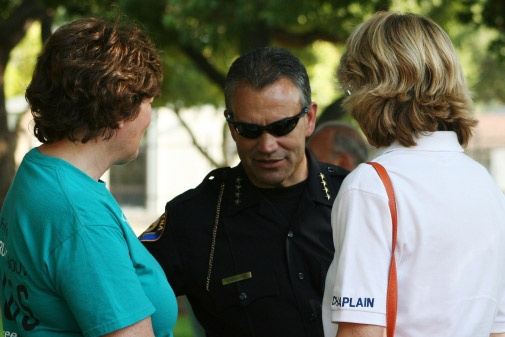 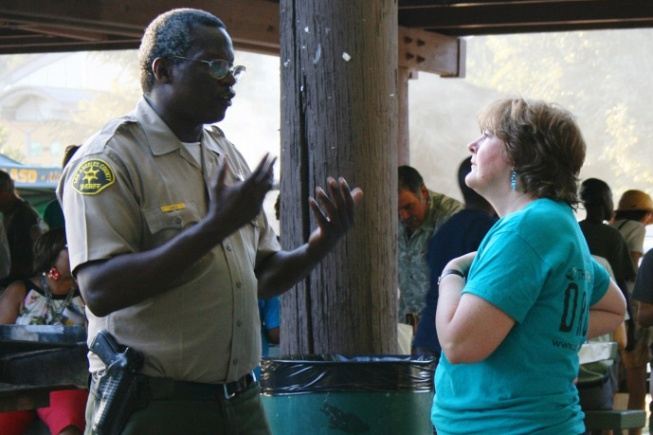 About "How We Help - The Truth About Drugs"