Released November 13, 2012, the brochure, Scientology: How We Help—The Truth About Drugs, Creating a Drug-Free World, features a drug education and prevention campaign that was instrumental in causing a 25 percent decrease in drug use in Italy. 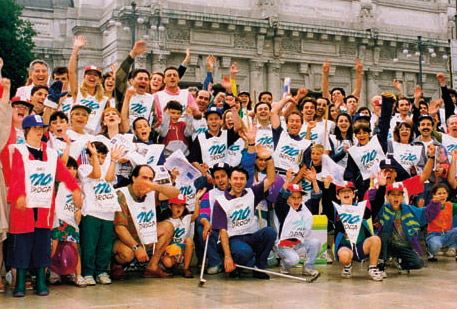 Italian Scientologists of the “Say No to Drugs, Say Yes to Life” initiative have logged half a million hours on syringe pick-up events in public parks and other heavy heroin-use areas.

Los Angeles, CA---The message of the first brochure in the Scientology: How We Help series—The Truth About Drugs, Creating a Drug-Free World —is simple: Drug education and prevention work. Those who are seeking to address the drug problem through “harm reduction” claim the only way to “solve” drugs is to make them available in a “less lethal” form. But even the most strident harm reduction proponent cannot deny how drug demand reduction—drug education and prevention—has transformed the drug scene in Italy.

When a 2005 analysis of Italy’s Po River showed that the waterway, which runs through the main industrial area of Italy, carried the equivalent of 4 kilos, (8.8 pounds), of cocaine per day, the government launched a nationwide awareness campaign targeting young people.

Church of Scientology drug prevention programs were already at work in the country but were stepped up to meet the renewed urgency to cut drug usage.

With heroin use high in the 1980s and 90s, the Church had launched its first initiative, “Say No to Drugs.” As part of the program, Scientologists organized syringe pick-up events in public parks and other heavy heroin-use areas—an activity that continues today. In total, they have logged half a million hours removing massive quantities of dangerous needles.

Concurrently, volunteers began conducting lectures in schools, holding drug awareness events and speaking on television and radio to bring the drug-free message to a broad audience.

To increase the grass-roots impact of the program, Say No to Drugs teams increased their distribution of Truth About Drugs booklets through partnerships with sports organizations. Volunteers also distributed the educational materials in nightclubs, passing out booklets and playing the documentary on closed-circuit television.

A dozen towns officially adopted the campaign, and the drug education booklets were printed in full in a national police magazine.

In one year, Italian volunteers reached 500,000 people through 300 events, handing out 250,000 booklets, with airings of public service announcements and The Truth About Drugs documentary to some 16 million viewers.

Writing to the Church of Scientology volunteers, Italian Senator Salvo Fleres acknowledged the role these volunteers played in contributing to a 25 percent decrease in drug abuse in the country through the Say No to Drugs campaign which he described as “one of the most enduring and largest drug prevention initiatives in Italy.”

The results were so dramatic, the director of the Department for Anti-Drug Policies of the Italian government said: “The alarms of the past years, particularly on cocaine, made us think that it was inevitable living with drugs. But the work of prevention activities, with all the rest, yielded benefits. And now we can say that drugs aren’t an invincible plague.”

To read a copy of Scientology: How We Help—the Truth About Drugs, Creating a Drug-Free World, visit the Scientology website.

Italian Senator Salvo Fleres acknowledged the role of Scientologists in contributing to a 25 percent decrease in drug abuse in Italy through the “Say No to Drugs” campaign. 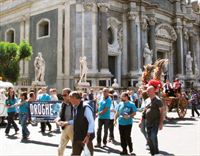