Truth About Drugs Keep Ocala Football Player in the Lineup 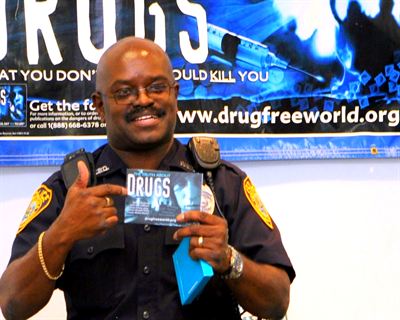 A new brochure, Scientology: How We Help—the Truth About Drugs, Creating a Drug Free World, describes the inroads made daily against drug abuse and addiction in cities around the world.  This story of how the program helped a Florida high school student is typical of the program’s effectiveness.

Corporal Walter Pressley of the Ocala Police Department has seen the Truth About Drugs program in action to the point where it helped one high school senior save his football scholarship to nationally ranked Florida State University.

“I was going through the police reports in my office and I noticed that three boys had been arrested for marijuana possession,” he said. “I knew one of them was on the football team, so I told the coach, and then I called the parents and told all of them that I wanted to get the kids doing the program.”

The next weekend, Pressley learned that two girls had been arrested for marijuana possession.
Moving into action, Pressley was soon leading a class of five in the Truth About Drugs program. Through multimedia experiences of videos, booklets and lesson plans, children and teens learned about drugs by being provided real-life examples of the ravages of substance abuse.

At first, Pressley admits, he had qualms. “I was afraid that if they thought they were getting these materials only from the viewpoint of an adult they might consider it boring, and I didn’t want to lose them,” he said.

His fears were quickly dispelled when everyone in the group willingly participated in the lively discussions during the six-week program that was held weekday afternoons. Homework assignments were included, and a test was required at the end.

“It really opened their eyes to the reality that marijuana is a gateway drug,” Pressley said. “Getting that message across was important.”

Impressed by the students in his  Truth About Drugs class, the 24-year police veteran treated them to an end-of-class party with chicken wings, fries and cake.

“When we started, I really didn’t know where this was going,’’ he said. “It went really well.”

With six children of his own, Pressley noted that the Truth About Drugs materials are important tools for parents.

“It’s helpful for the parents, because if they have a problem they can come to me, and I can get their kids into the program,” he said.

Regarding the senior who salvaged his imperiled football scholarship to FSU, Pressley said, “I’m sure the school officials looked at this drug issue. By going through the program he showed his remorse.”

About Scientology: How We Help—the Truth About Drugs, Creating a Drug-Free World 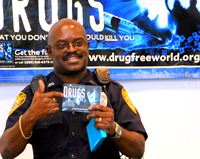