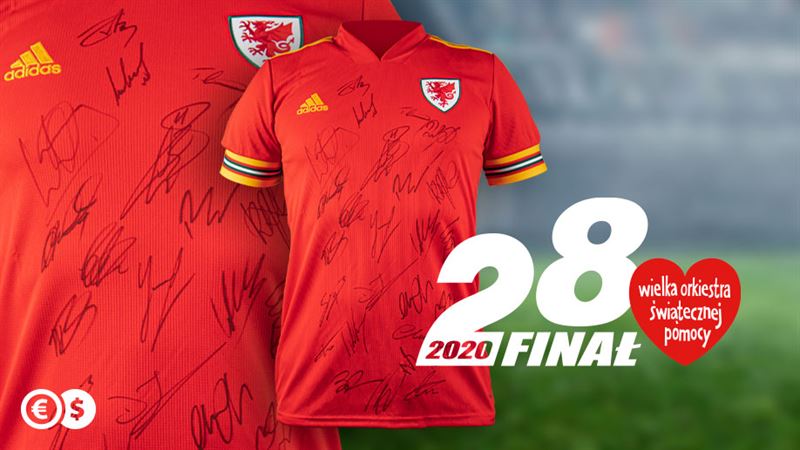 Once again, our Polish brand Cinkciarz.pl supports annual charity event - the Great Orchestra of Christmas Charity. This year, the Company donated to the auction a shirt that football supporters will desire to have!

Official shirt of the National Football Team of Wales with autographs of Gareth Bale and other Welsh football stars along with their coach's signature Ryan Giggs - such a token cannot normally be bought, even for a substantial amount of money.

However, thanks to fintech, it is possible to buy it by bidding in a charity auction dedicated to the Great Orchestra of Christmas Charity. The money raised from auctions will be used to buy equipment for saving children's lives and health.

Since August 2018, Conotoxia has been the Official Partner of the Wales Football Team and guarantees that the signatures placed on the donated shirt have been hand-written by Gareth Bale, Ryan Giggs - national team coach, Manchester United's greatest all-time player and the most successful British footballer in history, but also Aaron Ramsey, Daniel James, and other Welsh team members.