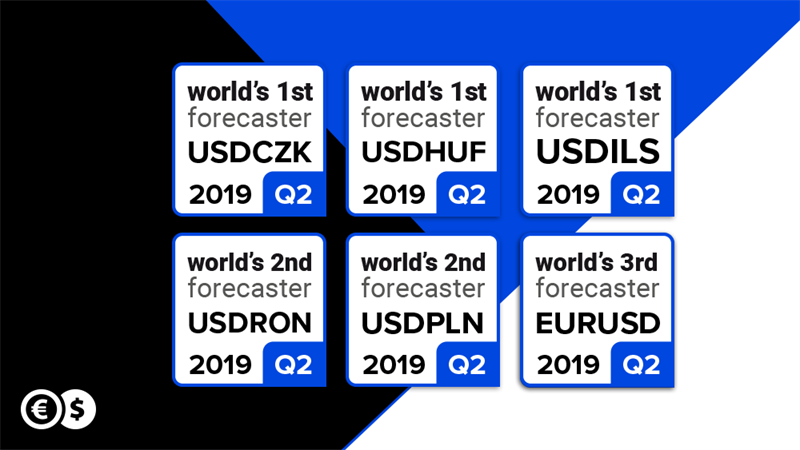 Once again, Cinkciarz.pl has been announced the world's best forecaster of the EMEA region currencies (Europe, the Middle East, and Africa), beating the most significant global financial institutions. For five consecutive quarters, the company managed to maintain leading  position in forecasting the group of Latin American currencies. This time Cinkciarz.pl took third place in the world in such category.

The portal’s  analysts ranked third top currency forecaster for EUR/USD in the second quarter of 2019.

- Situation in CEE countries is causing strengthening of the local currencies. On the other hand, developed economies are not growing as fast as expected. Favourable conditions for regional currencies may reverse soon if the slowdown also affects the CEE region," says Marcin Lipka, Chief Analyst of Cinkciarz.pl, part of the Conotoxia Holding Group.

Cinkciarz.pl is a repeat winner of the global Bloomberg Rankings. The currency exchange company was named Player of the Year 2016 by Forbes magazine. The CEO of Cinkciarz, Marcin Pioro, was awarded Best Manager 2015 by Bloomberg Businessweek Poland. Reuters described the company as dominant in the Polish currency exchange market. The event that gathered the most attention from the media was the signing of the sponsorship contract with the NBA team, the Chicago Bulls.