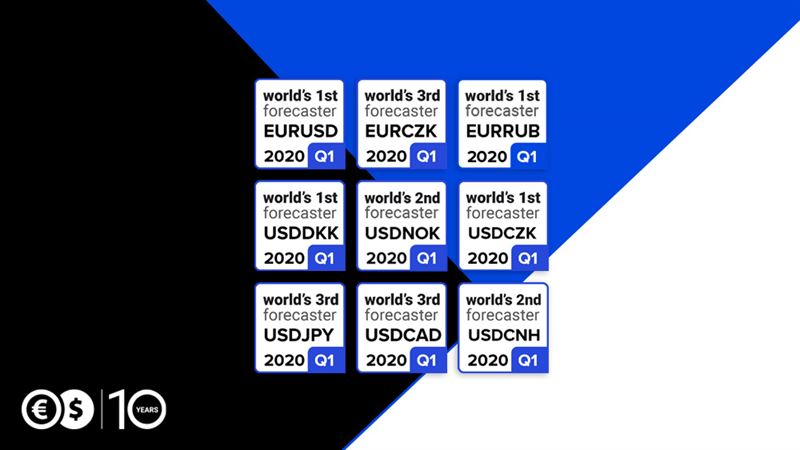 The streak continues — Cinkciarz.pl, a company belonging to Conotoxia Holding, one more time was the world's best EUR/USD forecaster in Q1 of 2020, according to Bloomberg's classification. Fintech also outclassed the competition with 18 places on the podium.

Forecasting in the time of uncertainty

Is it even possible to accurately predict the exchange rates in such difficult times? Cinkciarz.pl proves it is, beating the world's biggest banks and financial institutions. "The world has turned upside down due to the COVID-19 epidemic, and now, more than ever, our clients need detailed currency forecasts and market analyses. Bloomberg's rankings proves we have the best FX analysts and market expertise — we are a service provider that you can trust, also in these hard times," comments Piotr Kicinski, Vice-President of Cinkciarz.pl.

Bloomberg's ranking consists of several dozen classifications of individual currency pairs. Some of them are grouped in regional rankings, e.g., G10, LATAM, or EMEA currencies. At the end of each quarter, the biggest news agency in the world summarizes the reported predictions and prepares a summary classification.

For many years, Cinkciarz.pl has been competing with global giants, providing its forecasts for several dozen currency pairs. In 2019, the Company took a total of 58 podium places and won 31 times, leaving all competitors far behind. As a comparison, the second team won 45 podium places, including 13 on top.