Conotoxia’s app with over 2.1 million downloads 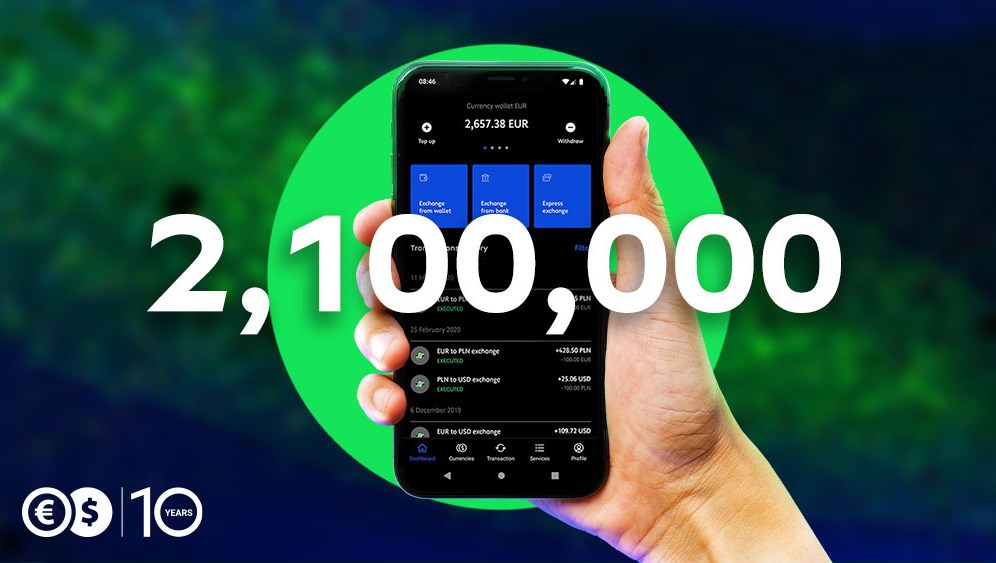 The international fintech celebrates the unprecedented success of its mobile app. The Currency Exchange app for Android has been downloaded over 2.1 million times. Many financial services providers can only dream of such a result.

The app enabling quick and seamless currency exchange at attractive rates has become a hit of 2020. Exceeding 2.1 million downloads from Google Play, it recorded a 110 percent increase in downloads compared to last year. The impressive result gives Conotoxia an overwhelming advantage over some of its competitors.

Tremendous interest in Currency Exchange Conotoxia app places it among the world's leading companies in the industry. Few global competitors of Conotoxia reached such an impressive result, and some of them have not even exceeded the threshold of 5% of fintech's number. While the list includes global corporations spending millions of dollars on marketing, endorsed by external investment, Conotoxia's own-financed success makes it even a bigger deal.
Some of the latest app reviews made by the European users confirm its high value, with a particular focus on reliability and advanced technology. Fintech's success is also visible when analysing search results in Google Play. When looking for "currency exchange", Conotoxia's app appears in the top 10 results.

Over 2 million reasons to be proud

Over the first six months of 2020, the Currency Exchange was downloaded more than 676 thousand times. In the second quarter alone, the number of downloads was almost four times higher than a year before, and on one of the days in early May, compared to the same day in 2019, it increased by 2 700%.
Is hitting 2.1 million downloads a reason to be proud? "Imagine that there are currently about 3 million apps on Google Play. Only 1.4% of them have exceeded a milestone of one million downloads. We have already doubled this result!," says Piotr Kicinski, Vice-President of Cinkciarz.pl, part of Conotoxia Holding.
The Currency Exchange Conotoxia app can be downloaded from Google Play or AppStore. Conotoxia Holding also offers Money Transfer and Cryptocurrency Rates apps.

Andrzej TomasikPR Specialistmedia@conotoxia.com
Cinkciarz.pl is the Polish brand from the Conotoxia Holding. The Group’s specialised companies provide competitive, transparent and innovative online financial services. These include money transfers, payments, online currency exchange and access to Forex trading. You can find these solutions and more at Conotoxia.com, the international brand from the Group. The brands sponsor popular sports teams such as National football team of Wales and Czech Republic national football team.