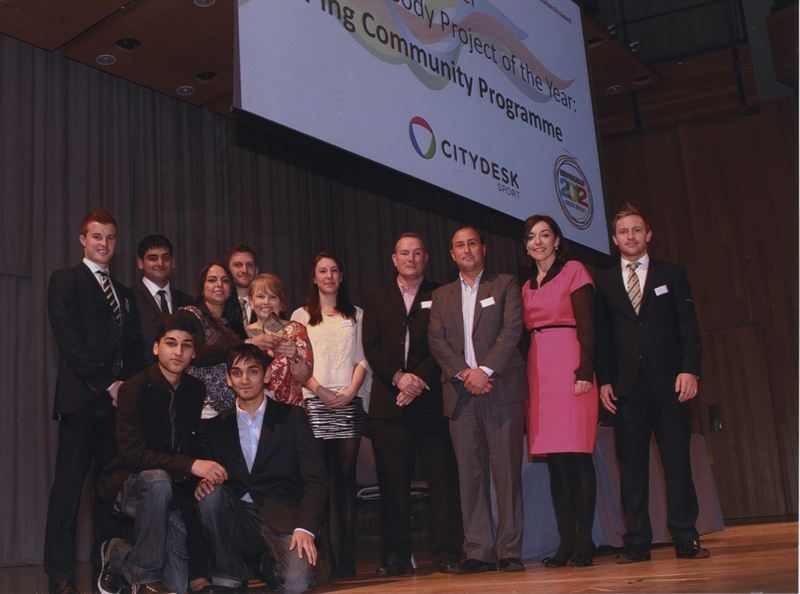 A leading Birmingham sports businesswoman has responded to cynics who claim the holy grail of Olympic legacy won't be delivered.

Speaking after the Birmingham Sports Awards, on Friday night, managing director of Citydesk Sport, Michelle Leavesley, stated she believes there has been a positive shift in people's attitudes towards sport thanks to the 'Olympic effect'.

Mrs Leavesley, a Birmingham University lecturer, and board member of British Wheelchair Basketball, said she believes the Olympics has helped to encourage more sport at grassroots level coupled with an increase in people becoming more active in the city of Birmingham and across the UK.

“In all the years I have played sport and worked in the industry, I have never seen such a positive shift in attitude towards sport and fitness than what I witnessed during the Olympic and Paralympic Games this summer.

Evidence is emerging to demonstrate that attitudes toward sport have genuinely changed, not only within the community, but also in the workforce - inspired by the now famous voluntary Games Makers - to raise their game to achieve the absolute best for British sport.

I was very pleased to present the governing body project of the year award (that was sponsored by Citydesk Sport) at the event, held by the Birmingham Sports Association, to the English Table Tennis Association for the Ping Community Programme - who erected 65 ping pong tables in the city, during the summer, to encourage people to take up table tennis. As a marketing agency, we strive to reach the heart of the community with our campaigns and the eye catching way that this sport reached out to the people demonstrated the level of innovation and imagination needed in the future to anchor the public wave of interest post games."

This was a great initiative to unite friends, families and communities in the true spirit of the Olympics as well as a glowing example of the legacy London 2012 has left behind in places like Birmingham."

Citydesk Sport - your voice is our passion

Social Media putting your brand at risk? www.crowdcontrolhq.com
Proud Sponsor of the Commonwealth Games Sports Awards, November 2010
Information contained in this email or any attachment may be of a confidential nature, which should not be disclosed to, copied or used by anyone other than the addressee. If you receive this email in error, please notify the sender immediately and delete the email from your computer. Virus Warning: Although this email and any attachment are believed to be free from viruses, it is the responsibility of the recipient to ensure that they are virus free. No responsibility is accepted by Citydesk Ltd. for any loss or damage arising in any way from their receipt, opening or use. Citydesk Ltd. Registered in England & Wales Company Number 06579988 Registered Office Milton Place. 30 Tenby Street, Birmingham B1 3EE VAT registration number 937379870