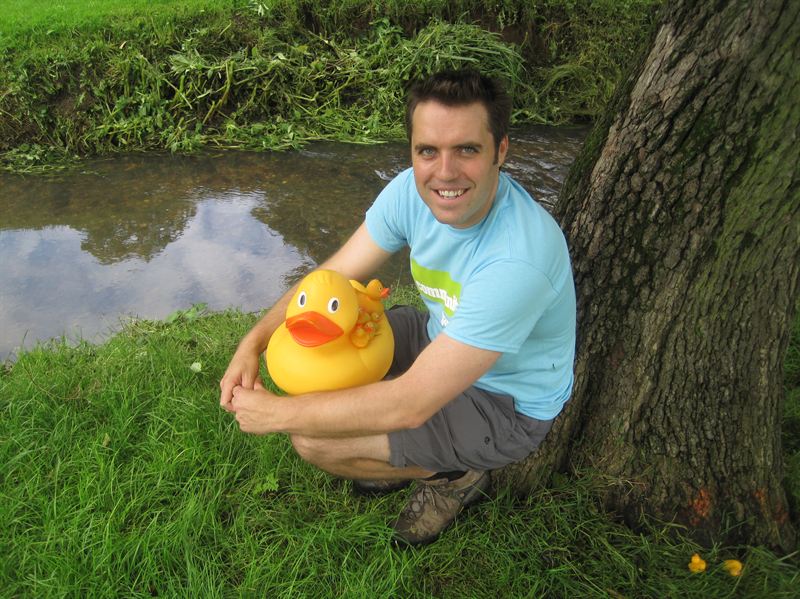 Hundreds of rubber ducks are gearing up to paddle their way to the finishing line at a Bournville Community Games duck derby this weekend.

The throng of 200 yellow ducks will be dropped into a stream at Bournville Park at the Community Games event, taking place on Sunday (September 9), in the park.

They were supposed to take the plunge back in July but heavy rainfall meant the event had to be postponed.

Community Games-goers are invited to adopt a duck for the day in a bid to win top-notch prizes if their duck bobs its way to the finishing line first.

The event is being organised by Bournville Infant and Junior School’s Home School Association (HSA) and in particular dad David Roberts who lives in the village.

The business director decided to organise the event after learning about the nation-wide Community Games initiative.

The grassroots project started in the West Midlands by Legacy Trust UK to create a lasting legacy of the London 2012 Olympic and Paralympic Games, but the project was so successful it’s been rolled out nationally and supported by the Cabinet Office’s Social Action Fund.

Community Games are being delivered by the YMCA and The County Sports Partnership Network – which invites people to organise events in their areas in a bid to unite families and communities.

“I am really looking forward to Bournville’s Community Games. The link with the school’s Picnic in the Park was an obvious one.

I believe anything is possible when a community comes together.

We have a host of events taking place throughout the day, including sport tasters, community games and arts and crafts.

We anticipate the day will be a roaring success and can’t wait for the duck derby.”

Dad to five-year-old James who attends Bournville Infant School, David, said he was motivated to put the event together after hearing about the story behind the movie, Tortoise in Love.

He said he was inspired to do something in his local community after hearing the film’s writer, Guy Browning, struggled to get funding to make the romcom.

Instead he enlisted the help of his community in return for shares in the movie.

“The Birmingham Sport and Physical Activity Partnership is delighted Bournville is hosting one of the thousands of Community Games events taking place all over England.

It’s great to see people engaging in their communities and we hope the event on Sunday will inspire more people to set up their own Community Games.”

Information contained in this email or any attachment may be of a confidential nature, which should not be disclosed to, copied or used by anyone other than the addressee. If you receive this email in error, please notify the sender immediately and delete the email from your computer. Virus Warning: Although this email and any attachment are believed to be free from viruses, it is the responsibility of the recipient to ensure that they are virus free. No responsibility is accepted by Citydesk Ltd. for any loss or damage arising in any way from their receipt, opening or use. Citydesk Ltd. Registered in England & Wales Company Number 06579988 Registered