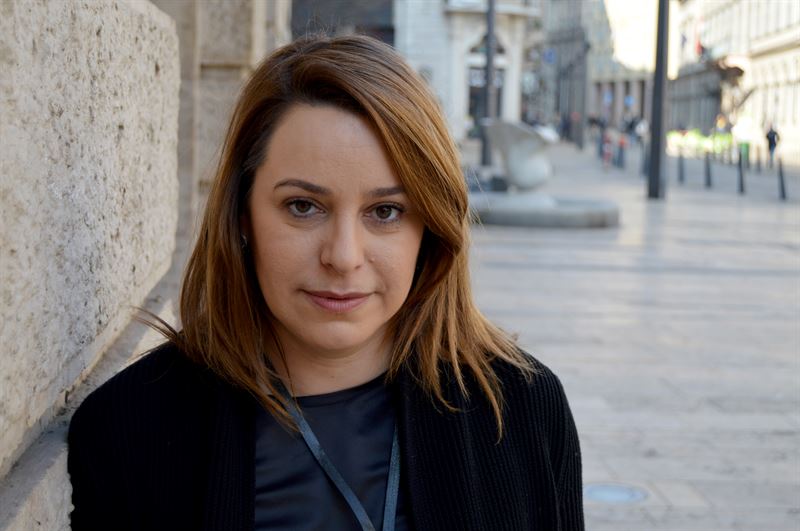 The human rights group Civil Rights Defenders has awarded the Civil Rights Defender of the Year Award to the Hungarian lawyer Márta Pardavi. As an outspoken critic against the policies of the Hungarian prime minister Viktor Orbán and his allies, she is often smeared and harassed. The award is a recognition of her work of many years, fighting against the attempts to systematically dismantle democracy, the normalisation of xenophobia and hate crimes.

The state of democracy in Hungary has been under strong pressure and the country is among those whose democratic status is on the decline, according to the V-dem Institute’s yearly analysis. New laws and regulations are being used to silence critics and stifle democratic institutions, and a special 25 percent tax has been imposed on activities aimed at helping refugees and migrants.

Márta Pardavi, recipient of the Civil Rights Defender of the Year Award comments:

“Democracy is under threat all over the world and now we see what authoritarians do when they get to power. They target critics, human rights defenders and treat marginalised groups as threats to society. We see this happening in Hungary, but also in other countries such as Poland. This award sends a very strong message, that our work is recognised, and that we as civil society organisations will continue to defend democratic values”

Márta Pardavi is the Co-chair of the Hungarian Helsinki Committee, a non-governmental watchdog organisation that protects human dignity and the rule of law through legal and public advocacy methods. She is a staunch advocate of human rights and combats what she sees as the democratic backsliding in Hungary.

“Márta is an inspiration for those who everyday fight for minorities and oppressed groups. Despite vitriolic hate and threats against her, she takes a firm stance against an repressive state. Every measure against the democratic backsliding must be supported. For us at Civil Rights Defenders, it’s important to highlight and support brave people like Márta and put focus on her important work”

The Civil Rights Defender of the Year Award is presented each year by the human rights organisation Civil Rights Defenders to a prominent human rights defender who, despite the risk to his or her own safety, strives to ensure that people’s civil and political rights are recognised and protected. Former award-winners have included human rights defenders from Turkey, South Sudan and Azerbaijan. The aim is to put focus on injustices and support those who, often operate under great personal risk, fight for human rights.

Civil Rights Defenders (CRD) is an independent expert organisation founded in 1982 in Sweden, with the mission to defend people's civil and political rights and empower human rights defenders at risk worldwide. CRD has a presence on four continents and is active in some of the world's most repressive regions. By working in collaboration with over 200 local partners and focusing on innovation, the goal is to achieve long-term sustainable change.