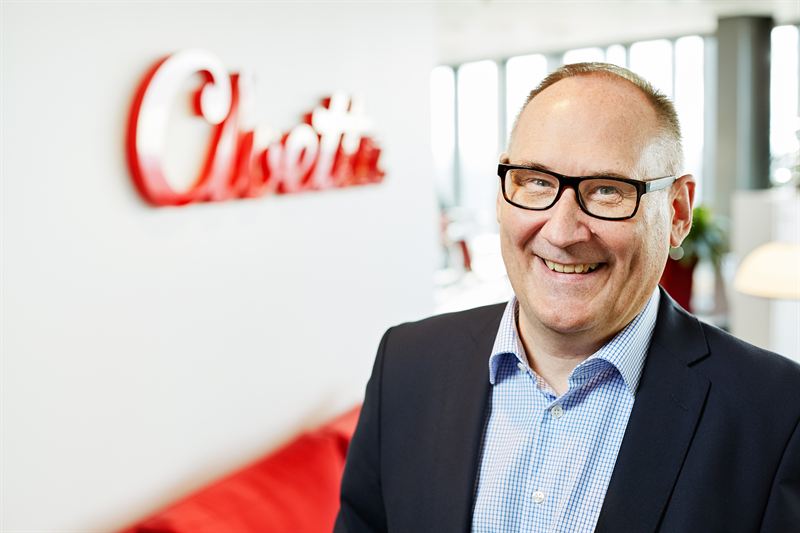 Cloetta’s operating profit (EBIT) improved in the quarter and amounted to SEK 212m (178). The operating profit margin rose to 14.5 per cent (13.7). Furthermore, sales increased through organic growth as well as acquisition-driven growth and foreign exchange movements.

The improvement in operating profit is due mainly to an adjustment in the contingent earn-out consideration for acquisitions. Operating profit has been negatively affected by exchange rate differences and one-off costs related to the acquisition of Locawo B.V. (Lonka).

Increase in both organic and acquisition-driven growth
Cloetta’s sales for the quarter grew by 12.0 per cent, of which organic growth accounted for 4.2 per cent, the acquisition of Lonka for 6.6 per cent and exchange rate differences for 1.2 per cent. I am particularly pleased that our organic sales growth reached 4.2 per cent despite the fact that we were negatively affected during the quarter by both ongoing contract negotiations and declining sales in a few markets. However, the contract negotiations with one large customer in Sweden has now been finalized.

Cloetta’s sales increased in all markets except Finland, Norway and Italy. The upward sales trend in Sweden was driven by the new Pick & Mix concept and sales in Denmark rose primarily within pastilles. Sales in the Netherlands and Germany rose primarily within candy bags. Sales in Norway decreased within pastilles and in Finland, sales were down within candy bags. Sales in Italy continued to decline and Cloetta has thus not seen growth in Italy since the fourth quarter of 2013.

Stable raw material prices
Raw material prices were largely unchanged during the quarter, but with continued high prices for cocoa and nuts in particular. Over the past few quarters Cloetta has raised its prices primarily in Sweden and Norway to compensate for unfavorable exchange movements.

Integration of Lonka according to plan
Lonka, which was acquired on 17 July 2015, has significantly strengthened Cloetta’s position in the Netherlands. The Nordic countries and the UK are other important markets, especially within Pick & Mix.

The process of integrating Lonka into Cloetta’s organization has begun and is proceeding according to plan. A new joint sales and marketing organization has been set up in the Netherlands and plans for how Lonka products will be handled and launched in other markets are under preparation. Through the acquisition of Lonka, Cloetta has gained two additional factories. Efforts to coordinate integration of the factories and working methods have started. When all of the cost synergies from the acquisition of Lonka have been realized, we expect these to support Cloetta’s target of an EBIT margin, adjusted for one-off items, of 14 per cent. With regard to sales and profitability, Lonka has developed according to plan during the quarter.

Strategy stands firm
When I took over as CEO of Cloetta this summer, I said that my ambition was to continue on the profitable growth path driven by organic sales growth, continued cost-efficiencies and new initiatives, including potential acquisitions. I am therefore pleased to state that in my first quarter as CEO we were able to demonstrate both continued organic sales growth and the acquisition of Lonka. This shows that the strategy stands firm.

Our focus moving forward is naturally on sustained profitable growth, but new initiatives within Pick & Mix and the integration of Lonka are also prioritized areas.

The information contained in this press release is such that Cloetta is required to disclose pursuant to the Swedish Financial Instruments Trading Act and/or the Swedish Securities Markets Act. The information was submitted for publication on 10 November 2015 at 08:00 a.m. CET.

About Cloetta
Cloetta, founded in 1862, is a leading confectionary company in the Nordic region, the Netherlands, and Italy. In total, Cloetta products are sold in more than 50 countries worldwide. Cloetta owns some of the strongest brands on the market, such as Läkerol, Cloetta, Jenkki, Kexchoklad, Malaco, Sportlife, Saila, Red Band and Sperlari. Cloetta has 13 production units in six countries. Cloetta’s class B-shares are traded on Nasdaq Stockholm. More information about Cloetta is available on www.cloetta.com

Cloetta, founded in 1862, is a leading confectionary company in Northern Europe. Cloetta´s products are sold in more than 50 countries worldwide with Sweden, Finland, Denmark, Norway, the Netherlands, Germany and the UK as the main markets. Cloetta owns some of the strongest brands on the market, such as Läkerol, Cloetta, Candyking, Jenkki, Kexchoklad, Malaco, Sportlife and Red Band. Cloetta has 8 production units in 5 countries. Cloetta’s class B-shares are traded on Nasdaq Stockholm. More information about Cloetta is available on www.cloetta.com