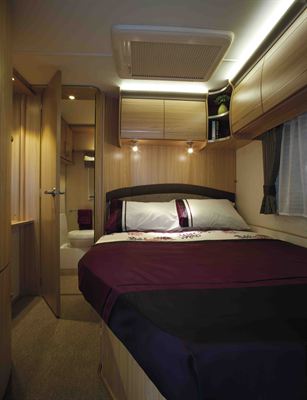 Coachman Caravans are preparing for the start of the 2012 season, following a successful showcase of its completely redesigned models at The Caravan Extravaganza 2011. The event was held at The Lawns in Cottingham on 3-8 September 2011.

Despite the downturn across the caravan industry, interest in Coachman’s new 2012 range was very strong across the week. The company saw a massive increase in the number of customer enquiries when compared to the 2010 event, as Jim Hibbs, Managing Director of Coachman explains:

“The 2011 Lawns event was really busy, with thousands of potential customers visiting our stand over the weekend. And just like at our Rudstone walk preview event in July, our 2012 models caused a real stir amongst visitors.

“Whether it’s because of the striking exterior, the innovative new features, the stylish interior design, or our industry leading build quality, interest in our caravans was incredibly high. We have had to print 12% more brochures than in 2010 to meet customer demand.

“We knew this year would be challenging for everyone involved in the caravan industry, and that’s why we have revolutionised our range. We have listened to customer feedback, and created what we believe is the best range of Coachman tourers ever, and early signs are that our customers agree.”

Coachman is also set to showcase its range of new 2012 season caravans on stands 19-39 at the Motorhome and Caravan Show, which will be held at the NEC on 11-16 October 2011.

Coachman Caravans was established in 1986 and continues to operate as one of the leading caravan manufacturers in the industry. The company employs 145 members of staff and strives to produce caravans of the highest quality whilst providing superior after-sales service. Their range includes the Amara, Pastiche, VIP and Laser. 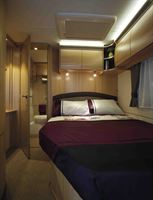