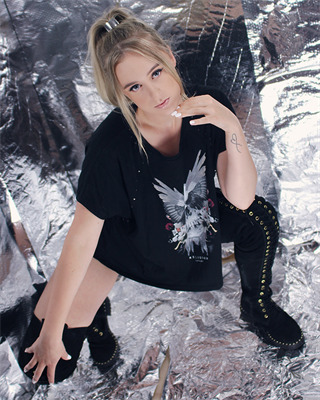 Swedish-American songwriter and pop artist Rallie is today releasing her debut single “Little Miss Nothing and the Comfort Clown”, thereby opening up a world of contrasts that will serve as the set for her coming album.

"Anything is better than feeling lonely”, says Rallie, describing her Cotton Candy World, where lost souls come to feel completely included and secure, regardless of their views and emotions. “For my entire upbringing, I was flung rootlessly between the different cultures of New York, London and Stockholm and I would often retreat up to my own cotton candy clouds whenever I felt different or outside."

Rallie is a 21-year-old songwriter based in Stockholm. She was born in New York and grew up in London and Stockholm. Last spring, she graduated from the music production college Musikmakarna in northern Sweden and has since written tunes for other artists, started a music studio and released her own songs with music and business partner Fredrik Toremark, aka Coal. Their second single received much acclaim, having been featured by music critic Fredrik Strage on TV4's morning show.

For the past six months, the music duo Rallie & Coal have focused on writing, producing and recording songs for Rallie, who is now ready to fly solo.

"We've written over 100 songs this year, of which eight are now ready for release in the coming months. It's an awesome feeling to be part of the whole process and learn so much about the industry", says Fredrik Toremark.

"Little Miss Nothing and The Comfort Clown" is written and produced by Rallie, Beatrice Jaksch and Gabriel Pettersson.

Coffee Shop Studios is music studio based in central Stockholm with focus on providing young aspiring musicians with the tools available to grow in and with the industry. 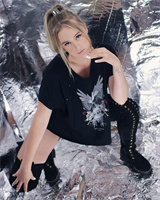