NEWSWEEK SPECIALS ANNOUNCE THE RELEASE OF OFF GRID –  WITH INSIGHTS FROM SURVIVORMAN LES STROUD, ON SALE NOW NATIONWIDE

NEW YORK – March 12, 2015 – Newsweek Special Editions, in collaboration with Topix Media Lab, announces the release of their special issue, Off Grid, packed with life-saving tips, running the gamut from weekend adventure to doomsday scenarios. Featuring expert insights and tips from the pros such as Survivorman Les Stroud, creator of the survival TV genre, best known as an award-winning producer, creator and star of the hit TV series Survivorman. This 100-page special issue is filled with how-tos, dramatic first-person accounts of survival and survival basics such as how to find water, how to stay warm among the elements and more.

“From the scorching heat of the desert to the polar chill of the Arctic, I’ve endured every type of extreme that Mother Nature can throw,” says Stroud. “Each challenge has taught me to dig inside and find a solution that will keep me on this Earth one more day, then share that solution, as I’ve done in here with Newsweek. Knowledge and preparation could save your life, whether you’re determined to live off the grid or you simply understand that nature is a powerful force. Loaded with game-changing insights from wilderness and survival experts, what you read in this magazine could truly save your life.”

See Stroud’s tips in this special issue’s introduction, as well as in the story “Survivorman Essentials,” a Q & A teeming with survival tips for all kinds of scenarios. Other highlights include:

-      "What I Learned From" pieces share insights from “The Walking Dead,” the Bedouins and others.

-      20 Basics from the Boy Scouts Handbook that everyone should know.

-      Rankings of which bugs pack the most protein.

-      Guides to poisonous and medicinal plants.

This special edition of Newsweek can be found at Amazon.com or on newsstands everywhere. To learn more about Les Stroud and Survivorman, visit http://lesstroud.ca.

The hit TV series is one of the highest rated shows in the history of OLN Canada, the Science Channel U.S. and The Discovery Channel U.S. Stroud is also a bestselling author and musician. He has written three survival-centric books, including Will to Live, and produced three albums. A renowned conservationist and activist for the environment, Stroud lives in northern Ontario. Follow him on Twitter at @reallesstroud, Facebook at thereallesstroud, Instagram at reallesstroud, YouTube at lesstroud and Pinterest, reallesstroud.

Newsweek has been a staple of American media for over 80 years, bringing high-quality journalism to millions of readers around the globe. Newsweek publishes print editions in English, Japanese, Korean, Polish, Spanish, Arabic and Turkish, as well as an English-language international edition. Newsweek also publishes twenty-four single-topic special issues, in collaboration with Topix Media Lab. Newsweek provides in-depth analysis, news and opinion about international issues, technology, business, culture and politics. Find us at www.newsweek.com. 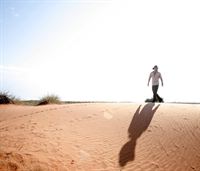