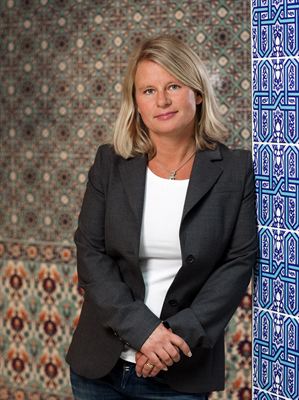 Magdalena Öhrn has been appointed new Communications Director and will join Coor’s Excecutive Management Team. Magdalena is replacing Åsvor Brynnel, who has chosen to leave the company.

Magdalena Öhrn has a background in journalism and a B.Sc. in Information Science from Uppsala University. She joins Coor from her role as Communciations Manager at Ving Sverige. She previously worked with a number of PR agencies, including Rikta and as Head of Prime PR, and as Public Relations Officer at TV3.

“I’m delighted to welcome Magdalena Öhrn to Coor. In the FM sector, the customer experience, both physical and digital, is becoming increasingly important and Magdalena’s background in the travel sector is a good fit. Coupled with her extensive experience in communications, she’ll be a major asset in our continued progress. I would also like to thank Åsvor Brynnel for her substantial commitment and the work she’s carried out for the company,” commented Mikael Stöhr, President and CEO of Coor.

Magdalena Öhrn takes up her position on 15 January 2018, and Åsvor Brynnel will be leaving Coor on 20 October. In the interim period, Sofie Schough, currently Communications Manager at Coor in Sweden, will serve as acting Communications Director at the Coor Group.

Coor was founded in 1998 and is listed on Nasdaq Stockholm since 2015. At 30, June, 2017, the company had 6,500 employees (FTE) based mainly in Sweden, Denmark, Norway and Finland, and annual sales of SEK 7,500 million (rolling twelve-month basis). Coor takes responsibility for the operations it conducts, in relation to its customers, employees and shareholders, as well as for its wider impact on society and the environment. Read more at www.coor.com