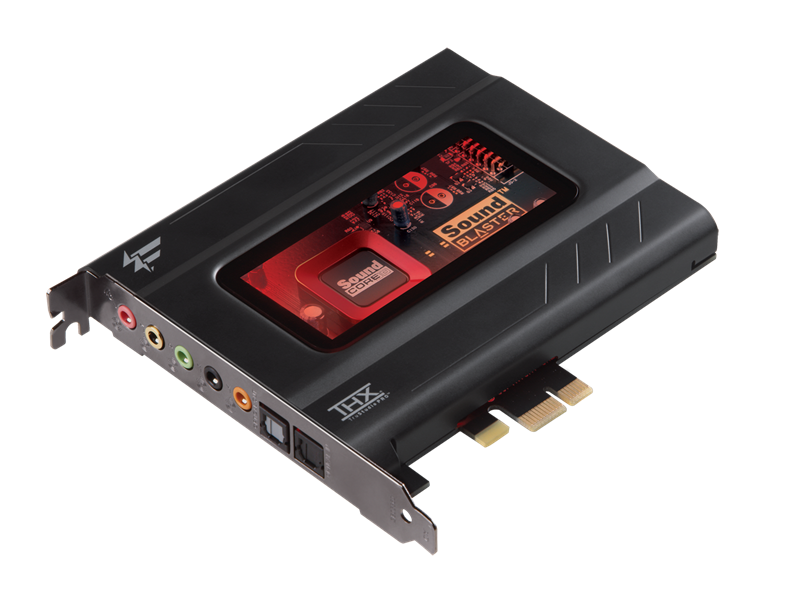 audio solutions to break new ground with the power and performance of Sound Core3D, establishing the next standard of sound and voice quality for the PC, Mac, console gaming systems and consumer electronics devices,” said Sim Wong Hoo, chairman and CEO of Creative Technology Ltd. “We designed Sound Core3D with its revolutionary quad-core design to even further expand our leadership in audio innovation beyond the PC to transform all digital entertainment. This enables us to develop our most exciting and versatile line of Sound Blaster products yet, while we pursue new market opportunities by providing our OEM partners with the flexibility to power PC products and consumer electronics devices with Sound Core3D.”

Leveraging the Power of Sound Core3D

The stunning audio and voice performance of the Sound Blaster Recon3D sound cards is powered by Creative’s new Sound Core3D, the world’s first quad-core sound and voice processor. Designed by Creative’s in-house team of audio scientists and engineers, Sound Core3D is engineered for low power consumption and high performance. It incorporates Creative’s innovative patented Quartet digital signal processor (DSP) with four independent processor cores, and is the first processor to integrate an array of DSP cores with high-quality HD audio codecs of over 100dB on a single chip, giving it tremendous versatility for PC and embedded configurations.

More information about the new Sound Blaster Recon3D audio solutions will be posted in coming weeks to soundblaster.com.

This announcement relates to products launched in the United States. Availability is subject to change without notice and may differ elsewhere in the world according to local factors and requirements. Sound Blaster, Recon3D, Sound Core3D, Crystalizer, CrystalVoice, VoiceFX and ZEN are trademarks or registered trademarks of Creative Technology Ltd in the United States and/or other countries. All other trademarks are the property of their respective owners.

THX, THX TruStudio and THX TruStudio Pro are trademarks of THX Ltd. which are registered in some jurisdictions. All rights reserved.