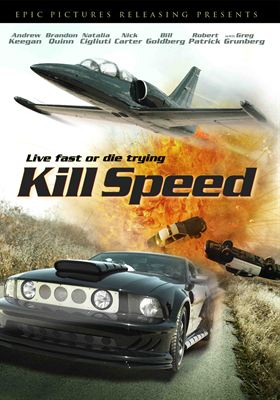 KILL SPEED is a high-octane, youth oriented, “TOP GUN” meets “FAST & FURIOUS” tale about best friends who fly high-tech, experimental airplanes to deliver Mexican manufactured crystal meth throughout southern California in order to fund their Hollywood, rock-star lifestyle.  That is until a beautiful young woman, who is not what she pretends to be, infiltrates their group sending their world and illicit operation into a tailspin.

KILL SPEED is Rated R with a running time of 113 minutes and will be released on June 12, 2012 via all home distribution platforms including DVD, Video On Demand, iTunes downloads, etc. For more information, and to view the trailer, visit www.killspeedmovie.com and log onto www.facebook.com/OfficialKillSpeedFanPage and  https://twitter.com/#!/KillSpeedFans