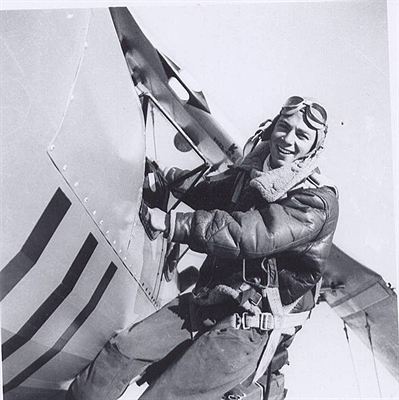 In 1941, after learning about the atrocities being committed by the Nazis, 21 year-old Goldstein requested a discharge from the U.S. Army and its Regimental Band and enlisted in the U.S. Army Air Corps. Despite the anti-Semitism of many of his superiors and squadron mates, he flew 50 harrowing, death-filled missions against Hitler’s mighty and merciless Luftwaffe.

Goldstein shot down his first Nazi adversary on his very first mission after which his Crew Chief painted “JEWBOY” on his plane “so the Luftwaffe pilots would know who was blowing them out of the sky.” Goldstein would go on to rack up more kills than he is comfortable talking about.  For his extraordinary heroic feats of aerial combat – which included saving the life of a fellow flier over German-controlled airspace hundreds of miles behind enemy lines – he was awarded a Distinguished Flying Cross, an Air Medal with clusters as well as a Presidential Citation.  Of the forty four P-38 Lightning pilots who shipped out across the Atlantic Ocean on his troop transport, only 2ndLt. Philip M. Goldstein would survive to tell their heroic tale.

“Our job was to clear the skies of Hitler’s air force so our boys wouldn’t get cut to pieces on the ground from the air.  We were just kids, but we did our job,” says Goldstein.

“Mr. Goldstein’s story, like so many untold stories of so many unsung heroes, is one of overcoming incredible odds and displaying unimaginable bravery and selfless brotherhood, in the midst of that most brutal of human endeavors—war.  Once I read his book and had the privilege to meet him in person and listen to what he had to say about what he had witnessed and how he had carried out orders and done his duty (much of it under undeserved duress) at 20,000 feet and at over 400 miles per hour, alone in a tiny, plastic-canopy-covered cockpit, strapped in a seat atop four 50 caliber machine guns and a 20mm canon, I was hooked and had to tell his unbelievable story.  I am both honored and humbled to have been entrusted with such amazing material by an amazing American.” said Bass, who is himself a commercial-rated jet pilot.

Bass, who recently wrapped principal photography on his latest film, the inspirational, two-character drama, Day of Days, starring award-winning, “Top Gun” star, Tom Skerritt and Peruvian newcomer, Claudia Zevallos, intends to set up JEWBOY vs THE LUFTWAFFE for production in 2016. 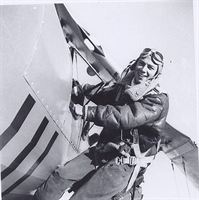 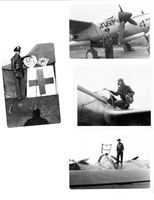 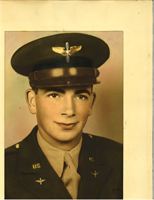 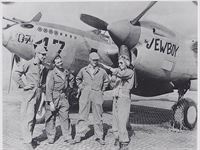