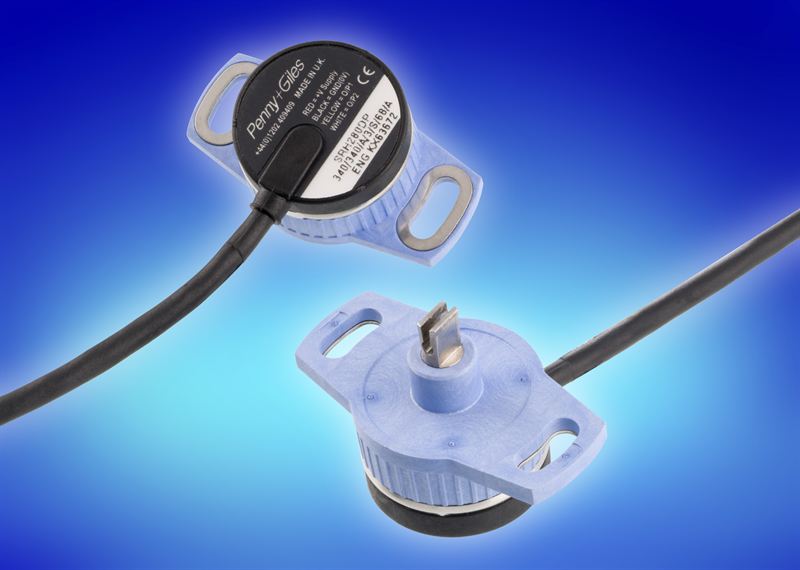 Christchurch, UK – Tuesday, 06 November 2012 – With regional support from its Swedish distributor AB Elwia, Penny + Giles – a business group of Curtiss-Wright Controls and designer and manufacturer of position sensors, solenoids, and joystick controllers – has supplied its SRH280DP rotary position sensors and TPS280DP throttle position sensors to the Chalmers Formula Student team, which competes in the Formula Student racing car series. This testing ground for the next generation of world-class engineers, challenges university students from around the world to design and build single-seat racing cars with the aim of inspiring each new generation, and addressing the all too apparent skills shortage in engineering.

The Formula Student team, from Chalmers University of Technology inGothenburg,Sweden, consisted of 24 members, five trainees, five supervisors and a project manager and, unlike many of the teams taking part in the event, ensures that the majority of the team of project engineers (those who design and manufacture the car) are changed every season.

Against fierce competition from 130 other teams, Chalmers Formula Student finished this year’sUKevent (the largest inEurope) with 850.5 points to win the 2012 Formula Student title. The team were also placed third overall in the German competition.

Explaining the specification of the Penny + Giles sensors being used for its gearbox and throttle body applications, Chalmers Formula Student’s Andreas Andersson – a project manager with responsibility for Vehicle Electronics – says: “Sensors installed inside a gearbox need to be rugged and robust to cope with the arduous environment caused by hot oil and vibration. The SRH280DP rotary position sensor, which was fitted to the closed-loop control system on the 600cc Yamaha engine and gearbox at the start of the 2011 competition, provides feedback to the engine management system and monitors gear position and selection on the team’s electronic gearshift system to ensure that, as shifting occurs, the ignition is cut to create as short a shift time as possible. While other sensor solutions that we tested meant gear shift times were slow, adopting the SRH280DP and introducing a closed-loop system has eliminated the preset times and means the team can achieve the shortest shift time possible, making the system more dynamic.

He adds that other sensors can cope with these applications but the team opted for the Penny + Giles SRH280DP sensor because it has the advantage of contactless Hall effect technology, which is ideal for such arduous environments.

Commenting on the change to the Penny + Giles TPS280DP sensors for the 2012 season, he says: “In previous seasons we had experienced multiple sensor failures and vibrations problems with the throttle position system, so having successfully integrated the SRH280DP into our 2011 vehicle, and knowing just how rugged they are, we decided to replace the existing sensor in the throttle body with the Penny + Giles TPS280DP throttle position sensor.”

As well as being more durable than any throttle position sensor the team had used previously, integrating and mounting the Penny + Giles TPS280DP in the AT Power throttle body also proved easier than previous sensor types because it is smaller. This meant the sensor didn’t have to be mounted in a specific way to make it work; and the team could choose a throttle body and sensor combination based on performance and not just fit!

The Penny + Giles TPS280DP sensor is specifically designed to work in harsh motorsport environments and has excellent shock and vibration resistance. Its drive and body are IP69K-rated to provide excellent protection against the ingress of dust and fluids. It is also mechanically interchangeable with many existing potentiometer-based throttle sensors using 32mm mounting centres, and is designed to interface with most common throttle body D type spindles. It uses a factory programmable Hall effect sensor with two outputs that can be programmed individually for angular range, output range and direction. It has no contacting sensor parts, which ensures zero signal degradation over the lifetime of the sensor, and has a tested life of more than 60 million operations – more than 18 times the life of an equivalent potentiometer.

Summarising, Andreas says that both Penny + Giles sensors have performed extremely well and the team didn’t experience a single sensor failure throughout the 2012 season, which includes the competition and several months of arduous testing. “We have even stressed the SRH280DP sensor by shortening the shaft and adjusting the housing to ensure a snug fit within the gearbox, but it has still outperformed every other sensor we have tried from rival manufacturers.” he says.

For the 2013 competition, Chalmers is entering two vehicles. The first is a development of its winning 2012 vehicle; the second will use an electric drive-train in the hope that the team will be fully electric for the 2014 competition.

The Curtiss-Wright Controls Industrial (www.cwc-ind.com) business unit is formed from a group of established specialist companies who are experts in the design, testing, manufacture and marketing of a range of components and systems for the safe and reliable operation and control of mobile and static machinery - especially advanced electric-powered vehicles, heavy trucks, buses, off-road and military vehicles and motorsport. Penny & Giles Controls (www.pennyandgiles.com)Delivers rugged component level solutions using the latest non-contact sensing technologies, and specializes in rotary, linear and tilt position sensors; joysticks; solenoid actuators and associated electronic signal conditioning. The business was first established in 1956 and pioneered aerospace sensing and data recording technologies with a reputation for quality, performance and reliability. The aerospace business continues today within other Curtiss-Wright business units. The company joined Curtiss-Wright in 2002. PG Drives Technology (www.pgdt.com)Delivers rugged subsystem solutions including programmable controllers and drives used in a wide variety of advanced electric-powered vehicles such as forklifts, pallet loaders, mobility scooters and wheelchairs, serving the industrial and medical markets. These products deliver precise variable power from batteries to electric drive motors, and are fully programmable to suit various motor profiles, voltages and power levels. The business was first established in 1976 and was originally part of the Penny & Giles group of companies. The company joined Curtiss-Wright in 2012. Williams Controls (www.wmco.com)Delivers rugged component level solutions and is a leading designer and manufacturer of highly-engineered electronic sensors and electronic throttle controls for heavy trucks, off-road equipment, and buses. The business was first established in 1937 and pioneered the development of the first electronic throttle control for large diesel engines, quickly becoming the world leader in the design and manufacture of electronic throttle controls for trucks and buses. The company joined Curtiss-Wright in 2012. Further information is available from the Curtiss-Wright Controls Industrial website (www.cwc-ind.com) or by calling +44 (0)1425 271444. 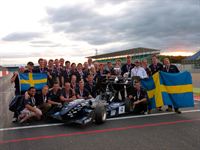