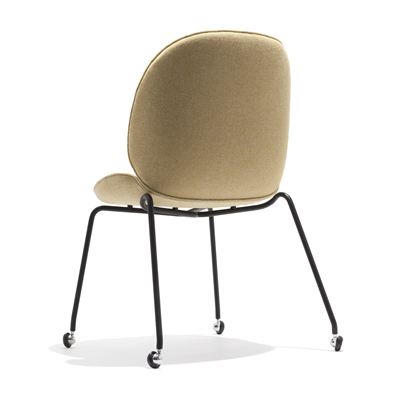 In 2015, the Danish MINDCRAFT exhibition at the world’s leading design event, Fuori Salone in Milan, will be curated by Stine Gam and Enrico Fratesi, who make up the Danish-Italian design duo GamFratesi.

Furniture designers Stine Gam and Enrico Fratesi have twice been among the selected participants in MINDCRAFT, which annually showcases the best of Danish contemporary design and craft at Fuori Salone in Milan. But at the next instalment of the world’s largest design event, the duo will be in charge of selecting the innovative Danish craftspeople and designers who are going to be included in the exhibition.

The two designers were appointed as curators for MINDCRAFT15 by the Committee for Crafts and Design Project Funding under the Danish Arts Foundation.

“The committee is proud to present GamFratesi as curators. We are convinced that they will be able to both preserve and challenge the legacy and values of MINDCRAFT,” says Astrid Krogh, who chairs the committee.

Stine Gam is Danish, and Enrico Fratesi is Italian. Their respective backgrounds come through in a design expression that draws on classic Danish furniture design as well as an intellectual and conceptual Italian approach.

GamFratesi have made a name for themselves internationally, both as designers and as exhibition architects. Their work fuses tradition and renewal and takes an experimental approach to materials and techniques, which they also bring into play when they curate and create exhibitions.

GamFratesi is part of the latest generation of furniture designers, and they have earned international acclaim for successful designs like Haiku Sofa and Beetle Chair, both of which were presented at MINDCRAFT before they were put into production by, respectively, Fredericia Furniture and Gubi.

The participants in MINDCRAFT are selected by external curators who are appointed by the Committee for Crafts and Design Project Funding under the Danish Arts Foundation.

Since 2008, MINDCRAFT has served as a strong platform for the international exposure of Danish craft and design.

For information about GamFratesi
www.gamfratesi.com

For information about the Danish Arts Foundation, Committee for Crafts and Design Project Funding
www.kunst.dk/english/art-forms/crafts-and-design 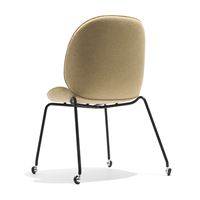 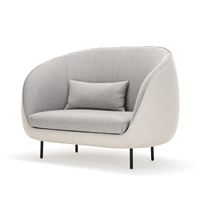 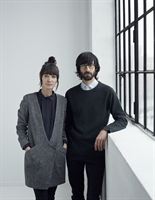