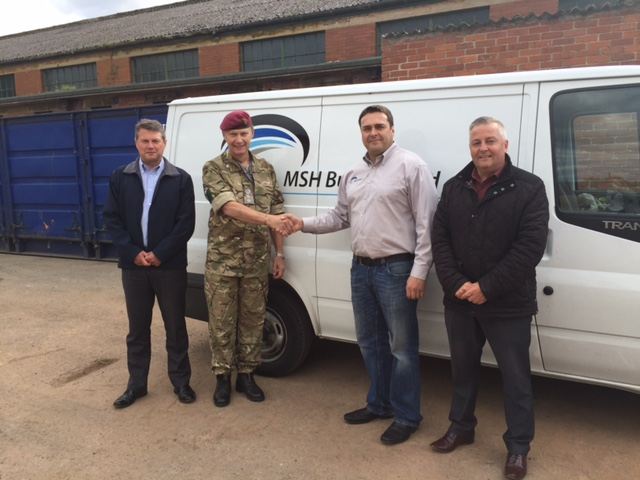 CORRECTION - PLEASE USE THIS VERSION INSTEAD OF EARLIER ISSUED VERSION

The upgrade to buildings, which are used by troops during large-scale exercises, will help save money and make training more efficient.

The site at Caerwent is used three times a year and in the past, each time an exercise took place, temporary facilities were brought in to support the team managing the training.

The improvements to the site, which cost £150k, included installing electrical cabling points, lighting and heating, as well as showers and toilets to a number of buildings.

“DIO's role is to maximise the potential of the Defence estate to support the Armed Forces.  The improvements to the site at Caerwent Training Area will benefit those managing training exercises hugely.

“The team has worked incredibly hard to achieve something that on paper did not seem possible.  I am extremely grateful for the commitment of both MSH Building Ltd and Landmarc in making this happen.”

Lt Col Nick Short, from the Mission Training and Mobilisation centre, which uses the facilities, said:

“The team running this critical pre deployment training exercise – which will continue to take place on the Caerwent Training Area for the next few years – used to bring all this kit with them each time which involved a lot of planning and was costly and resource intensive.

“The permanent improvements to the buildings at Caerwent have reduced the resources required and now enable us to just turn up and plug in which brings significant cost savings and will enable troops to train more effectively.”

The work at Caerwent was due to be delivered through a 12- week programme, but this was reduced to five weeks to ensure that the Army could benefit from the improvements in time for their next exercise.

“Landmarc works in partnership with DIO to provide services that support the vital training needed to prepare Britain's Armed Forces for operational success.  This was a key project that will support Priority One military training over the next two to three years.  Our appointed contractor MSH Building Ltd has been very supportive and understanding of what we had to achieve and more importantly when it needed to be completed by. It is this attitude that has allowed us all to work together to deliver the project to the required five week programme.” 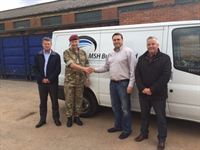