New medical facilities for US Air Force at RAF Croughton 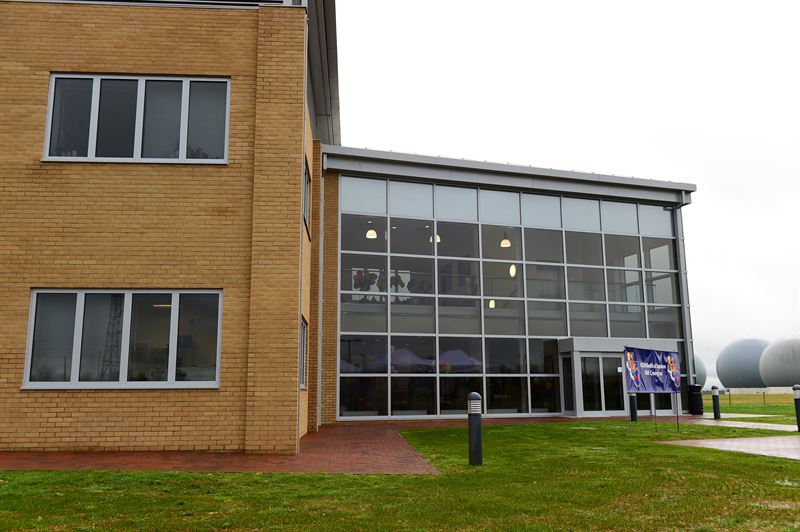 A new £7.1m medical and dental centre has been officially opened at RAF Croughton in Northamptonshire following its completion by the Defence Infrastructure Organisation (DIO) and VINCI Construction UK Ltd.

The new clinic will deliver healthcare for US military personnel and their families in a modern, family-centred environment. The building will function primarily as a GP’s surgery and dentist, but also has a number of other facilities such as a pharmacy and laboratory.

“This was a real collaborative team effort to deliver a quality product. The new facility was completed and passed over to USVF within budget and on time. We hope the US personnel who will be using the centre’s services will be happy with their new facilities.”

“I’m delighted with the success of this project. It’s a fantastic building with numerous facilities for our friends and allies in the US Visiting Forces. Further, the investment is a clear sign of confidence in DIO’s ability to deliver and we continue to work in partnership with our US colleagues.”

“The RAF Croughton Clinic is testimonial to the collaborative spirit between AFCEC UK and DIO and has taken partnership to new levels of cooperation across the board. AFCEC certainly appreciates the support we get from DIO.”

VINCI Construction Ltd UK was awarded the £7.1m contract in September 2013 and construction was completed at the end of August 2015, which was followed by fitting out the building with the necessary equipment.

The ribbon cutting ceremony to commemorate the opening of the medical clinic was attended by an array of military and civic dignitaries, including AVM West and Brigadier General Douglas A Cox, Director US Air Forces in Europe-United Kingdom.

3.         RAF Croughton is home to US Visiting Forces (USVF) as are several other UK bases. DIO is responsible for overseeing infrastructure and maintenance and facilities management with USVF base organisations.