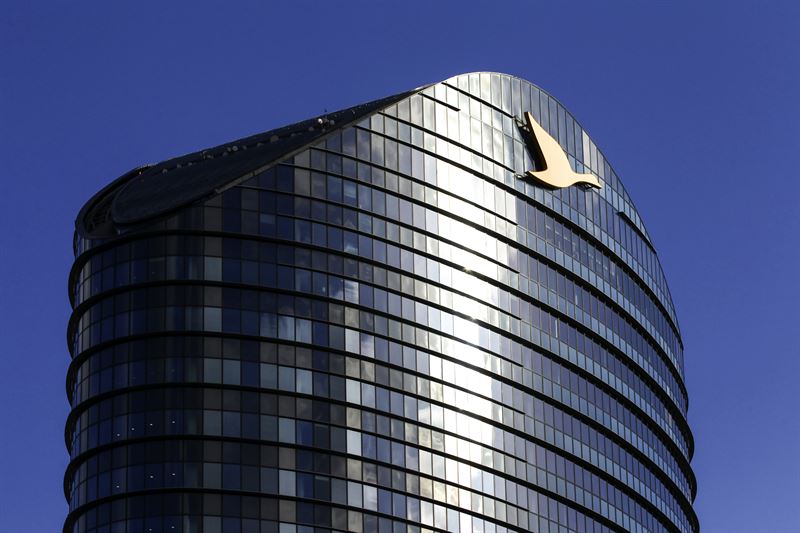 “Once again, Accor reported another semester of solid results, in line with its objectives set for the medium term. Transformed into an asset-light player, the Group is now capitalizing on its growth drivers — strong complementary brands that are leaders in the majority of their markets, a sustained development, leading positions in the most touristic markets and a unique ecosystem for the benefit of the Group’s millions of customers and partner-owners. The execution of our plan and our business momentum remain on track to achieve another record year in 2019.”
​
​Strong growth in consolidated revenue
​Consolidated revenue for the first half of 2019 amounted to €1,926 million, up 4.8% like-for-like (LFL) and up 27.8% as reported compared with first-half 2018.

Reported revenue for the period reflects the following factors:

​HotelServices revenue
HotelServices reported business volumes of €10.4 billion, versus €8.9 billion in first‑half 2018, and revenue of €1,366 million, up 5.0% like-for-like, reflecting positive business trends and expansion of the hotel network.

Management & Franchise (M&F) revenue amounted to €486 million, a like-for-like increase of 5.0% that reflects the Group’s growth in all of its markets.

In Europe, M&F revenue was up a sharp 5.7% on a like-for-like basis, underpinned by a 4.4% increase in RevPAR, all segments combined.

​Asia-Pacific posted stable M&F revenue on a like-for-like basis, despite a slight decline in RevPAR (-0.2%) in the first half. The trend in RevPAR nonetheless improved in the second quarter (+0.3% in Q2 vs. -0.6% in Q1). Expansion of the hotel network was offset by a decline in incentive fees, relating in particular to the renovation of the Fairmont Singapore Hotel.

The Middle East & Africa region recorded an increase in M&F revenue of 4.6% despite moderate growth in RevPAR of 1.0%. A solid performance by hotels in Makkah during Ramadan in May brought in additional incentive fees during the period.

North America, Central America & the Caribbean reported an increase in M&F revenue of 7.2%, thanks notably to the ramp-up of the Fairmont Austin Hotel. RevPAR for the region rose by 0.8%.

Lastly, South America continued to post strong growth, particularly in Brazil, with revenue up 16.1% on the back of a 13.8% increase in RevPAR.

Services to Owners revenue, which includes the Sales, Marketing, Distribution and Loyalty division, as well as shared services and the repayment of hotel personnel costs, came to €879 million, versus €773 million in first-half 2018.
​
​Hotel Assets & Other revenue
​Hotel Assets & Other revenue amounted to €519 million, a like-for-like increase of 7.1%. The reported rise of 130.5% notably reflects the consolidation of Mantra in June 2018 and Mövenpick in September of the same year. Following the reclassification of Orbis’ real estate operations as assets held for sale in accordance with IFRS 5, this segment is mainly driven by the Asia-Pacific region.

Excluding Orbis, the division's hotel base included 173 hotels and 31,893 rooms at June 30, 2019.
​
​New Businesses revenue
​New Businesses (concierge services, luxury home rentals, private sales of luxury hotel stays, and digital services for hotels) generated revenue of €77 million in first-half 2019, up 4.5% on a like-for-like basis. The 10.3% increase as reported reflects the acquisitions of ResDiary and Adoria in April and June 2018, respectively.
​
​EBITDA
​Consolidated EBITDA amounted to €375 million in the first half of 2019, up 5.1% like‑for‑like and up 30.1% as reported compared with first-half 2018.

​Hotel Assets & Other EBITDA
Hotel Assets & Other EBITDA came to €97 million in first-half 2019, a significant increase over the €29 million recorded in the prior-year period, due notably to the acquisitions of Mantra and Mövenpick. The EBITDA margin came to 18.7%.
​
​New Businesses EBITDA
​New Businesses EBITDA improved sharply to a negative €1 million in the first half of 2019 from a negative €11 million in first-half 2018, reflecting the initial benefits of the strategy implemented to restructure and streamline certain operations, including onefinestay and John Paul.
​
​Net profit
​In first-half 2019, in the absence of any material non‑recurring items, net profit before profit from discontinued operations improved sharply to €125 million. The net profit, Group share, came to €141 million. During the same period in 2018, the sale of 58% of the capital of AccorInvest resulted in the recognition of a capital gain of €2.4 billion.
​
​Robust recurring free cash flow and a healthy financial position
​In the first half of 2019, recurring free cash flow came to €144 million, reflecting a cash conversion rate of 76%.

Recurring expenditure — which includes key money paid by HotelServices in relation to its development, as well as digital and IT investments, and maintenance investments in the remaining owned and leased hotels — came to €75 million in first-half 2019, versus €55 million in the prior-year period.

At June 30, 2019, the average cost of the Group’s debt was 1.7%, with an average maturity of 4.1 years.
​
​Full-year 2019 EBITDA target
​Based on the RevPAR trends observed in the first half, which are expected to continue during the second half of the year, and on record organic development in terms of room numbers, the Group is forecasting full-year 2019 EBITDA of between €820 million and €850 million.
​
​Events during first-half 2019

​Orbis
On January 23, Accor confirmed the acquisition of 33.15% of Orbis for around €339 million. Accor now owns, directly and indirectly, 85.84% of Orbis’ share capital. As a result, Accor has strengthened its control of Orbis and consolidated its leadership in the region. It has also signed a cooperation agreement under which the Group and Orbis are working on structuring options.

On June 12, Accor announced material progress in the disposal process of Orbis. Accor has agreed the key terms for taking over Orbis’ hotel services business for €286 million, and begun the disposal of its real estate operations, whose gross asset value (excluding corporate overheads) totaled €1.18 billion at end-2018.
​
​Hotel activities
​On February 21, Accor announced the launch of a new customer promise embodied by the “ALL Accor Live Limitless” program, which will combine its distribution platforms with a new experiential loyalty program. The Group also announced several international partnerships against this backdrop, notably with AEG, IMG and Paris Saint-Germain Football Club. ALL will become the club’s principal partner and official jersey sponsor as of next season.

On March 4, Accor continued to expand its brand portfolio with the launch of its new midscale lifestyle brand, Tribe.

On March 5, sbe launched a new global lifestyle brand, The House of Originals.

On April 4, Accor announced the opening of two majestic hotels in India, Raffles Jaipur and Raffles Udaipur. The move signals a new direction for Accor in India, with a stronger focus on luxury and premium brands.

On June 20, Accor announced a loyalty program partnership with Air France-KLM Group enabling Flying Blue and Le Club AccorHotels loyalty program members to get Miles and Points simultaneously. For the first time in the European travel industry, the two groups are offering their loyal customers a dual reward scheme.
​
​Upcoming events in 2019
​October 17, 2019: Publication of third-quarter 2019 revenue
​
​Other information
​The Board of Directors met on July 31, 2019 and reviewed the financial statements for the six months ended June 30, 2019. The consolidated financial statements have been reviewed by the Auditors and their report is being issued. The consolidated financial statements and notes related to this press release are available from the www.accor.com website.


About Accor
Accor is a world-leading augmented hospitality group offering unique experiences in 4,900 hotels and residences across 110 countries. The Group has been acquiring hospitality expertise for more than 50 years, resulting in an unrivaled portfolio of brands, from luxury to economy, supported by one of the most attractive loyalty programs in the world.

Accor is deeply committed to sustainable value creation and plays an active role in giving back to planet and community via its Planet 21 – Acting Here program and the Accor Solidarity endowment fund, which gives disadvantaged groups access to employment through professional training.

Accor SA is publicly listed on the Euronext Paris Stock Exchange (ISIN code: FR0000120404) and on the OTC Market (Ticker: ACRFY) in the United States. For more information visit accor.com. Or become a fan and follow us on Twitter and Facebook.