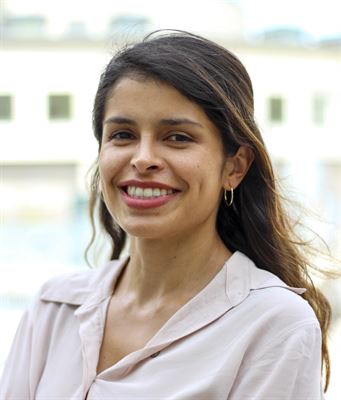 The large overrepresentation of African Americans in the US prison population can be traced back to the institutions that emerged after the abolition of slavery. Using new data from prisons records and historical census, a study from the University of Gothenburg confirm that the high levels of incarceration in the US started, at least in part, due to labor scarcity in which African American convict labor was used to replace slave labor.

In her PhD dissertation in economics Melissa Rubio, researcher at the School of Business, Economics and Law, University of Gothenburg, explores how the large racial disparities in the American justice system have been shaped by the slave-based labor system that persisted until 1865. The four million enslaved people in the US at the beginning of the Civil War were an inexpensive workforce that made Southern agriculture immensely lucrative. The end of slavery devastated this economy and most planters had great difficulty in satisfying their demand for labor.

Slavery has long attracted the attention of social scientists and economists, who for example have documented the continued impact of slavery on economic inequality. However, this is the first attempt to study the origins of the race gap in incarceration from an economics perspective. Historians have argued that white southerners took advantage of the 13th Amendment, which abolished slavery but authorized "slavery" or "involuntary servitude" as punishment for crimes.

“To date, the evidence for this claim have been anecdotal. My study is the first to empirically, with nation-wide data, evaluate the historical roots of the high rates of black incarceration in the US", Melissa Rubio says.

Using census records from 1860 to 1940 combined with new digitized historical data from prison records and documentation of the type of activity and profitability of all convict camps in the US, the study shows that immediately after the abolition of slavery there was a disproportionate increase in black incarceration, with no comparable effects for whites.

“One way to interpret my results is that 150 years ago African Americans were arrested for minor crimes, and sent to labor convict camps to work in cotton plantations, and this might have created a view of black people as presumptively criminal that still persists today. A key question for further research is how historical discriminatory policies as the Jim Crow, that do not exist any more, might have had a profound impact on the social injustices that we see today in the US”, Melissa Rubio says. “I believe that history can inform us about the current discrimination in the justice system towards black people”.

Link to the dissertation: The Economics of Coercive Institutions, Conflict, and Development

School of Business, Economics and Law at the University of Gothenburg
With about 7000 students, 490 employees, more than 160 international partner universities and the main subjects business administration, economics and law, the School has a unique broadness. The School is also characterized by its close relation between research and education, internationalization, overall embeddedness of sustainability and its close engagement with business and society. The School is accredited by EQUIS, AACSB and AMBA and thereby the only "Triple Crown" accredited business school in Sweden. 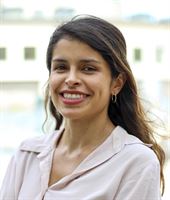