Airline continues its robust expansion in Europe, with services to Prague, Kyiv, Skopje, and St. Petersburg launched in 2017-2018 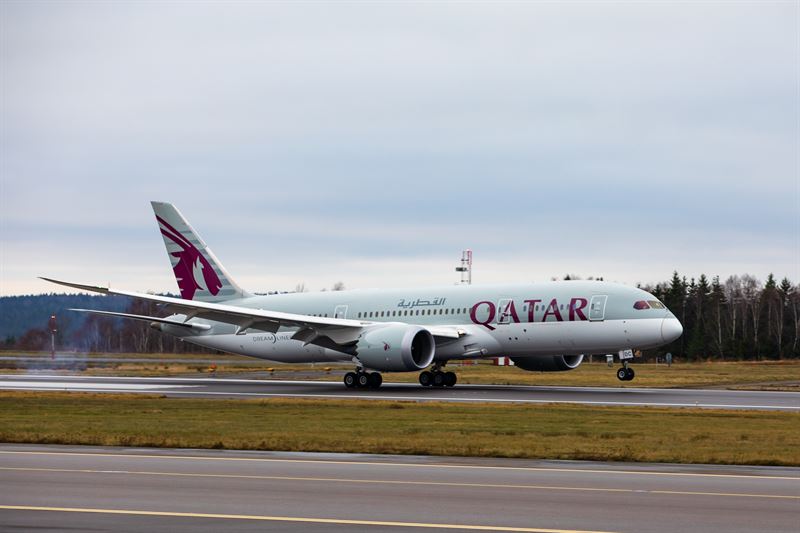 Qatar Airways Group Chief Executive, His Excellency Mr. Akbar Al Baker, said: “We are tremendously excited to launch direct services to the beautiful city of Gothenburg, a key new addition to our European network. This important new Nordic gateway will provide enhanced connectivity to both business and leisure travellers, and will help connect the Swedish people to our extensive global network of more than 160 destinations worldwide. We look forward to bringing visitors to Gothenburg, where they can experience for themselves the delights this charming city has to offer.”

Chief Executive Officer of Swedavia, Mr. Jonaas Abrahamsson, said: “Sweden is Scandinavia’s biggest economy and one of Europe’s strongest economies. New direct routes are an important contributing factor, as improved market connectivity is crucial for Sweden’s tourism industry, business community, and for attracting investments and know-how to the region. We are very pleased that we at Swedavia, together with our regional partners, have been able to present to Qatar Airways the large market potential in the West of Sweden, resulting in the new direct route between Gothenburg and Doha. It is with great pleasure that we welcome this top-of-the-line global airline to Göteborg Landvetter Airport.

At the aircraft arrival ceremony, Qatar Airways was presented with “The Key to the City of Gothenburg” award, in recognition of the tremendous benefit the new direct service will bring to West Swedish companies by providing increased connectivity to Africa and Asia. The award was presented to Qatar Airways by Henrik Einarsson, Director of Business Establishment and Investment, Business Region Göteborg AB.

Gothenburg, Sweden’s second-largest city, offers a rich array of activities for visitors to enjoy, from taking a boat cruise along one of the port city’s many canals, to visiting the nearby Bohuslän islands, a vast archipelago featuring pine forests framing fjord-like lakes and inlets.

To sample Gothenburg’s seafood specialties, head to Feskekörka, the city’s famed fish market, which showcases a variety of shrimp, oysters, mussels, crawfish and lobster. Or wander the streets of the Haga neighbourhood, where you’ll find well-preserved quaint wooden houses, a variety of boutiques, galleries, and dozens of charming cafés and restaurants.

Passengers travelling to Sweden in Business Class can look forward to relaxing in one of the most comfortable, fully-lie flat beds as well as enjoy the five-star food and beverage service, which is served ‘dine-on-demand’. Passengers can also take advantage of the airline’s award-winning in-flight entertainment system, Oryx One, offering up to 4,000 entertainment options.