Qatar Airways celebrated the arrival of its inaugural flight to Gothenburg with an elegant gala dinner attended by the city’s most influential VIPs, politicians and celebrities, held at the Clarion Hotel Post in Gothenburg on 22 January. 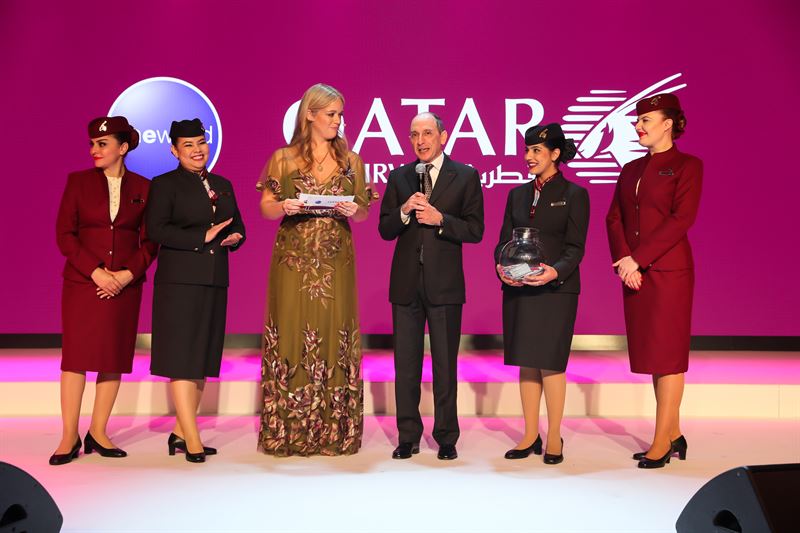 H.E. Mr. Al Baker said: “I am very pleased to be here tonight to celebrate the launch of our new direct service from Gothenburg. Gothenburg is an important centre for business, and we are delighted to now be able to connect business travellers directly to this important hub, and to expand our ties with the Swedish market following the success of our service to Stockholm. We are also confident that leisure travellers will find much to enjoy in this charming city.

“With the launch of our direct service to Gothenburg, we look forward to welcoming more Swedish passengers to Qatar, as well as giving them the chance to explore the extensive choice of destinations on our global route map.”

The stylish crowd enjoyed a dazzling line-up of entertainment featuring Emma Essinger, followed by a crowd-pleasing performance from one of Sweden’s best pop singers – the amazing Danny Saucedo.

Flights to Gothenburg are operated by the Boeing B787 Dreamliner, with 22 seats in Business Class and 232 seats in Economy Class. Passengers will be able to enjoy the airline’s superior entertainment system Oryx One offering passengers a wide variety of entertainment options.

As one of the world's leading international air cargo carriers, Qatar Airways Cargo already has a significant presence in the Nordics region, operating belly-hold flights to and from Helsinki, Oslo, Copenhagen and Stockholm, along with four weekly freighters from Oslo. The five weekly wide-body belly-hold flights to and from Gothenburg will increase the overall tonnage to 1000 tonnes per week from the Nordic region. Direct flights from Gothenburg will greatly benefit the automotive, pharma, high tech and general industries in Sweden, and offer efficient connections to Middle East, Africa, Asia, Australia and New Zealand via the carrier's state-of-the-art hub in Doha.