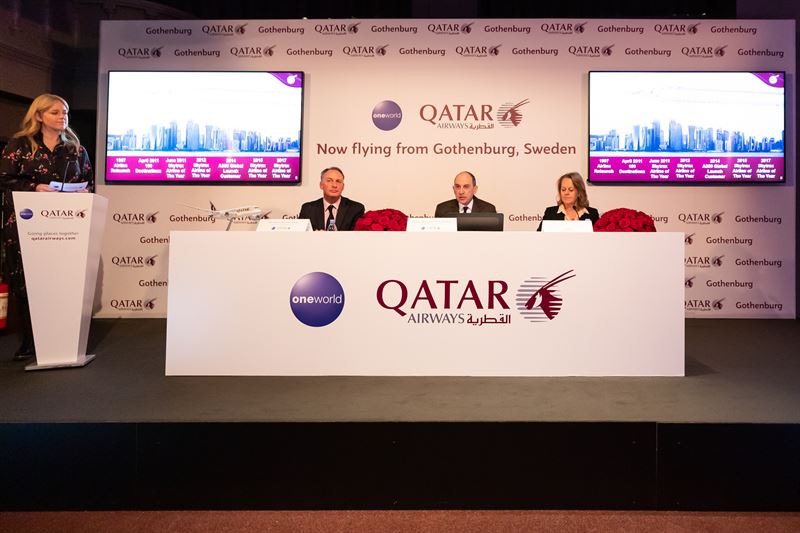 At the press conference, H.E. Mr. Al Baker highlighted the award-winning airline’s robust expansion plans, as well as its commitment to bringing more visitors to Sweden and to connecting Gothenburg to its extensive global network via the award-winning Hamad International Airport (HIA) in Doha.

H.E. Mr. Al Baker said: “We are tremendously pleased to launch our new direct service to Gothenburg, our second gateway into Sweden. Gothenburg is both an important business centre and a growing tourist destination which is becoming increasingly popular with visitors. This new gateway will offer our Swedish passengers more even convenience and enhanced connectivity to an extensive choice of destinations on our global route network. We invite all to experience the unique charm of Gothenburg, and look forward to welcoming all on board.” 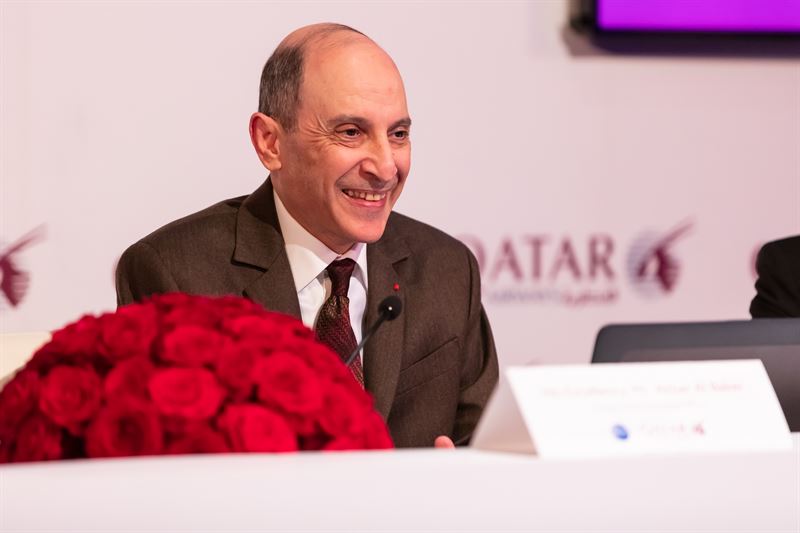 We are very pleased to welcome Qatar Airways to Gothenburg, its second gateway into Stockholm. We are also delighted that in five years, Qatar Airways has doubled traffic on the direct route between Doha and Stockholm, significantly increasing connectivity between Sweden and the rest of the world.”

Passengers travelling to Sweden in Business Class can look forward to relaxing in one of the most comfortable, fully-lie flat beds as well as enjoy its five-star food and beverage service, which is served ‘dine-on-demand’, enabling passengers to order what they like, when they like. Passengers can also take advantage of the airline’s award-winning in-flight entertainment system, Oryx One, offering up to 4,000 entertainment options.