Metamorphosis of a landmark – the Henninger Turm in Frankfurt 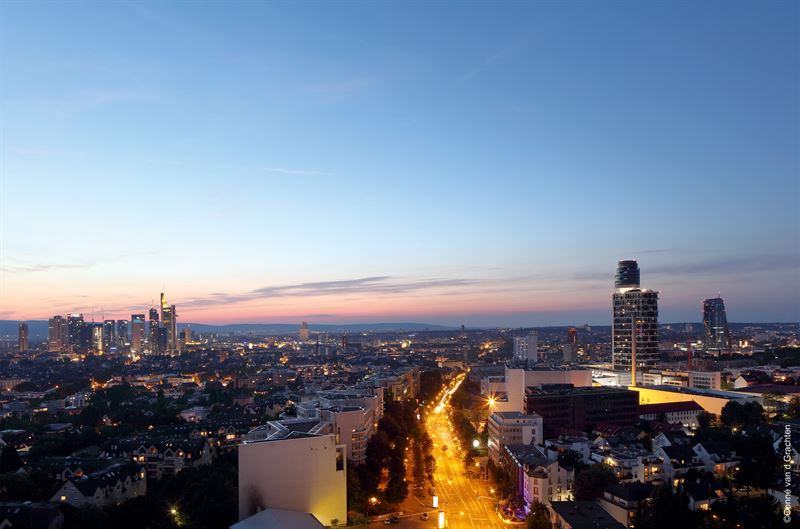 WICONA has met the highest performance standards with façades and window systems on the new Henninger Turm, enabling an impressive renaissance of the striking image of the innovative former industrial building in the memory of the City of Frankfurt am Main.

The Henninger Turm was one of the landmarks of the City of Frankfurt am Main for over 50 years. For a long time the tallest building in the city at just under 120 metres, a grain silo with a revolving restaurant in what was known as the "barrel", the Henninger Turm was a popular destination for at least two generations for residents of the Rhein-Main region, who felt a close link to this building.

Since the early summer of 2017, this landmark has returned to the skyline of the Main metropolis in the form of an ultra-modern high-rise residential building. Its appearance is immediately reminiscent of the striking, innovative industrial building of the 1960s, but at the same time is completely new. Architects Meixner Schlüter Wendt have created a cubic tower with an off-centre cylindrical projecting top ("barrel") which rises from a six-storey base. The tower of the overall 140 metre-high building contains around 210 luxury apartments. The "barrel" on top of the distinctive complex holds a restaurant, a large viewing platform and four lofts each of 350 square metres.

The silhouette has been filled with "varied living landscapes", according to the architects in a 2014 interview. They explained: "For this solitaire with the city landscape at its feet we wanted to create complex loggias and terrace areas which make the experience of this special exposed way of living really tangible. It goes without saying that this premium high-rise residential building has attractive common areas such as a beautiful entrance hall with a pleasant atmosphere and a concierge service. What is more, the directly adjoining base construction provides residents with additional services in the form of retail trade, restaurants and fitness facilities.

A structure like the Henninger Turm presents a challenge, and not just for the architects. The suppliers and fabricators also need extensive know-how because almost all the windows, balcony doors, loggias and the unitised façade construction on the "barrel" are special solutions developed by WICONA.

The important components of the skin of the new Henninger Turm are made from glass-aluminium units from WICONA. The façade construction company App (Leutkirch) manufactured the polygonal unitised façade using a special design with motorised parallel outward opening sashes including curved glass in the "barrel" at the top of the tower. This special solution is based on the WICTEC EL 60 system with fully pre-fabricated façade units. The residential tower appears to be layered in levels over two floors. Loggias, terraces and floor-to-ceiling glazing allow the occupants to enjoy their prime location with the sky above and the city at their feet.

The WICTEC EL 60 system is the slim version of a unitised façade construction with particularly reduced sight lines of only 60 mm inside and out. The highly elegant look with their "picture frame effect" is achieved thanks to the surface-mounted external mitred glazing beads. The system achieves an excel-lent Ucw value of up to 0.9 W/(m²K) thanks to the high performance thermally insulated aluminium composite profiles, thus meeting the ≤ 1.0 W/(m²K) required for the Henninger Turm. Top quality was ensured by pre-fabrication of the façade units in the fabricator's workshops free from the effects of weather. The units could be attached on-site to the facade quickly and precisely. Construction projects in major cities such as Frankfurt are characterised by a lack of space and meticulous timing of the logistics around the building. In these circumstances all those involved benefit particularly from the reliability of design and execution, precise scheduling and economic efficiency of the WICONA façade system.

A building like the Henninger Turm with its highly sectionalised design due to the loggias and terraces places particularly high demands on all safety parameters and requires some special technical features to ensure safe and comfortable living conditions whatever the weather. In terms of the window façade system this means being able to prove high performance when it comes to air permeability, watertightness and behaviour under wind load. Structural aspects such as thermal insulation in summer and winter also required particular attention. Last but not least there were increased requirements for sound insulation, both between the individual housing units and to all the public areas. Solutions had to be found for tasks such as safety barrier glazing, but also pinch protection for the motorised opening sashes.

The casement doors between the living spaces, loggias and terraces or balconies function as locks. A door can only be opened when the other one is closed. Casement doors onto the terraces or balconies open outwards. A high level of watertightness had to be ensured despite slimline threshold profiles. The apartment tower features two-part motorised punched windows with parallel outward opening sashes – a special design with fixed sidelight inspired by the WICLINE 90SG system. The safety requirements provide for a pinch protection from outside via an integrated pressure-sensitive edge and from inside via a presence detector.

The climate management in the Henninger Turm is based on geothermal energy and very efficient heat recovery via the ventilation system. It ensures a constant temperature alongside a hygienic and draftminimising air exchange. Every room is fitted with adjustable surface heating via a cooling and heating ceiling. There is also the separate option to use individual windows for ventilation whenever the weather conditions are favourable.

The façade areas separating the conservatories from living spaces comprise units of the WICLINE 75 evo WICONA window system with WICSTYLE 75 evo system doors, both top-quality products as regards thermal insulation and structural characteristics. The base construction makes use of façade units from the WICTEC 60 system. 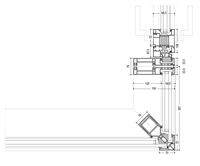 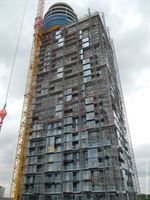 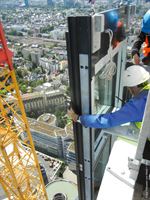 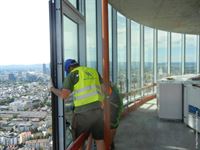