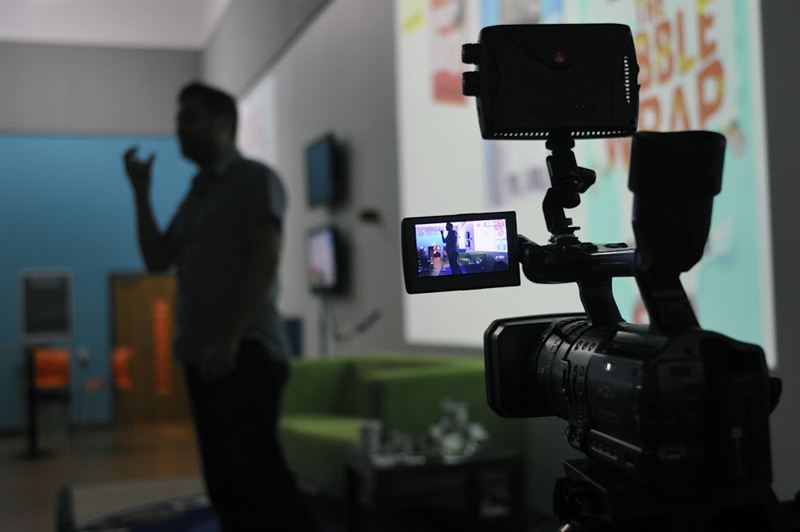 Thanks to National Lottery players, from 11 May up-and-coming artists from South Yorkshire will be helping to recreate a lost wartime world, to mark the centenary of the First World War.  Inspired by the real-life stories of local people, students from University Centre Doncaster have used both traditional and cutting-edge techniques - from dance to computer games design, from drama to video production – to bring Doncaster’s First World War to life.

The aspiring creative professionals have been working in partnership with Doncaster 1914-18, a four-year project supported by the Heritage Lottery Fund (HLF), with the results showcased to the public during this year’s Doncaster 1914-18 calendar of events, starting from 11 May 2016.

“To tell this 100-year story, we wanted to draw on the creative skills of a new generation, and it’s been a privilege to see the students engaging with their heritage in such imaginative ways,” says Jude Holland, Project Manager of Doncaster 1914-18.  “Through the project, they’ve gained access to original wartime accounts and personal memorabilia, they’ve interviewed local people, and even tried on costumes!  It’s all given them a profound connection to the past – especially as so many of the students are from the local area, and the same age as soldiers fighting on the First World War frontlines.  The students are making a major contribution to bringing to life the varied and fascinating stories of Doncaster during the First World War.”

Karen Dainty, Curriculum Head School of Arts at University Centre Doncaster, has welcomed the opportunity for staff and students to be involved in the Doncaster 1914-18 project and commented: “The Arts team have been really excited about developing different projects with the students to commemorate such important historical events in Doncaster.  The project has provided students with an invaluable experience of working to real life client briefs whilst learning about important historical events. They have been inspired by the stories uncovered and created some really interesting and engaging narratives. The staff and students have enjoyed the chance of being involved in a project that supports and celebrates the local community. It has helped the staff and students really appreciate what life was like 100 years ago and the significant role Doncaster played during the First World War.”

For a full event listing or more details, visit www.doncaster1914-18.org.uk.  To find out the latest news and courses from University Centre Doncaster, visit www.don.ac.uk.

Photographs are available by following the links at the bottom of this email, or from http://news.cision.com/doncaster-1914-18.

Generously supported with a grant of more than £900,000 by the Heritage Lottery Fund (HLF) during the four-year project, Doncaster 1914-18 will feature an ever-changing programme of events and exhibitions, with future years uncovering the diverse experiences of Doncaster people on the Home Front, including women’s experiences of war, Doncaster’s role in the Battle of the Somme, Doncaster’s Royal Flying Corps and Airfield, the role of the local countryside and country houses, and Armistice.

About the Heritage Lottery Fund (HLF)

Thanks to National Lottery players, we invest money to help people across the UK explore, enjoy and protect the heritage they care about - from the archaeology under our feet to the historic parks and buildings we love, from precious memories and collections to rare wildlife. www.hlf.org.uk @heritagelottery @HLFYandH

To arrange interviews or photographs, or for further media information, please contact:

Doncaster 1914–18 encourages the people of Doncaster to uncover and share their own First World War stories. A series of events, exhibitions and a new website will explore the role of the borough, its people and the King’s Own Yorkshire Light Infantry in the conflict. Supported by the Heritage Lottery Fund.