Centenary of the Battle of the Somme 1916: Doncaster honours its local people 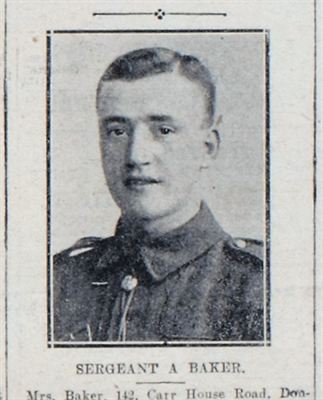 On 1 July, the Doncaster Civic Mayor, Councillor David Nevett will honour the Centenary of the 1916 Battle of the Somme during a special public service and Commemoration Day at Doncaster Minster, with the help of local schoolchildren and history societies.

The Commemoration Day, remembering the first day of the Battle of the Somme on 1 July 1916, will launch a series of 100th anniversary events across the area - including a new exhibition based on personal testimonies, and cinema screenings of an original wartime film, The Battle of the Somme, which was watched by half of the country’s population during 1916.  It’s all part of Doncaster 1914-18, a four-year project supported by the Heritage Lottery Fund (HLF), which aims to build a picture of life in the local area between 1914 and 1918 to mark the centenary of the First World War.

“The Battle of the Somme was a landmark in history,” explains Jude Holland, Project Manager for Doncaster 1914-18.  “Fought between 1 July and November 1916, it was the largest and bloodiest battle of the First World War, and its impact changed the world.   There were 60,000 casualties on the first day of the Battle of the Somme alone – enough to fill Doncaster Rovers’ Keepmoat Stadium to capacity four times.  It was described by the local newspaper as ‘Doncaster’s Hour of Sacrifice’, and would have touched families across Doncaster.”

Thanks to National Lottery players, local people can find out about the impact of the Battle of the Somme on the area, and even their own families, during special centenary events including:

A Centenary Appeal is also being unveiled on the 1 July to discover more about wartime Doncaster in 1916, and the Battle of the Somme’s ‘missing people’. Doncaster 1914-18 are calling for people to share their ancestor’s Somme stories with the project, and to add these to the Doncaster 1914-18 website to be part of a new online community archive.

“We’re really keen to uncover stories about local people – both at home and on the frontline – who were involved in the Battle of the Somme,” adds Victoria Ryves, Community & Education Engagement Officer for Doncaster 1914-18.  “As the event happened outside of our ‘living history’ we have sadly lost our connection to some of the local people who gave so much for their country.  Do you have a Doncaster relative who served in the battle?  Or can you help us find out about people like Arthur Baker of Carr House Road in Doncaster who died on the first day of the Battle, aged 21?  We have his picture, but know nothing else about him – but somebody will!  We’re hoping that people will visit a centenary event and share their family’s stories or memorabilia, or investigate their own family or street history at the Doncaster 1914-18 website at www.doncaster1914-18.org.uk.”

Civic Mayor of Doncaster, Cllr David Nevett said: “Doncaster’s people made a huge contribution to the war, both at home and on the front line.  So we’re hoping that everyone will get involved in the local commemoration events and the Doncaster 1914-18 Centenary Appeal, uncovering stories about wartime Doncaster to pay tribute to the memory of local men who fought at the Battle of the Somme.”

For a full event listing, to download the App, or for more details, visit www.doncaster1914-18.org.uk.

Photographs are available by following the links at the bottom of this email, or from http://news.cision.com/doncaster-1914-18.

Generously supported with a grant of more than £900,000 by the Heritage Lottery Fund (HLF) during the four-year project, Doncaster 1914-18 will feature an ever-changing programme of events and exhibitions, with future years uncovering the diverse experiences of Doncaster people on the Home Front, including women’s experiences of war, Doncaster’s role in the Battle of the Somme, Doncaster’s Royal Flying Corps and Airfield, the role of the local countryside and country houses, and Armistice.

Doncaster 1914–18 encourages the people of Doncaster to uncover and share their own First World War stories. A series of events, exhibitions and a new website will explore the role of the borough, its people and the King’s Own Yorkshire Light Infantry in the conflict. Supported by the Heritage Lottery Fund. 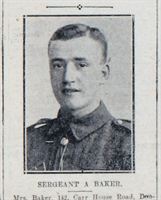