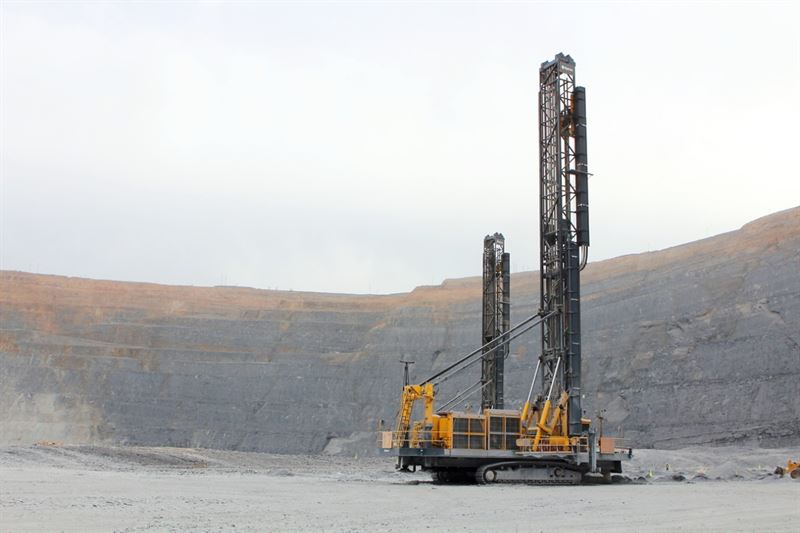 Stockholm, Sweden: Epiroc, a leading productivity partner for the mining and infrastructure industries, has won a large contract from Codelco for service of mining equipment used at the Andina mine near Chile’s capital Santiago.

The full-service contract spans seven years and includes on-site Epiroc service technicians maintaining equipment such as Epiroc’s drilling rigs Pit Viper 351 and FlexiROC. The contract value totals MUSD 68 (MSEK 665) and was signed in the third quarter 2019. Orders and revenues will be incurred throughout the contract period.

It is one of the largest-ever contracts signed for Epiroc’s Mining and Rock Excavation Service division.

“We are proud of the important partnership with Codelco as we together make their operations as productive, efficient and safe as possible,” said Helena Hedblom, Epiroc’s Senior Executive Vice President Mining and Infrastructure. “The drilling rigs do tough, hard work and we are pleased to have a top-quality service organization that ensures the equipment continuously performs at the highest level.”

Codelco is a Chilean state-owned mining company and the world’s largest copper producer. Andina has both open pit and underground operations and has the second-most copper reserves among all mines worldwide.

The contract includes the opportunity in the near future to implement automation features for the current equipment fleet, such as remote-controlled steering from safe distance, similar to what Epiroc has provided at other open pit mines in Chile and around the world.

This contract expands Epiroc’s already-significant presence in Chile. In June 2019, Epiroc announced that it had won a large order from construction company Züblin International GmbH Chile Spa for equipment to be used to expand the Codelco-owned El Teniente mine.

Epiroc is a leading global productivity partner for the mining and infrastructure industries. With cutting-edge technology, Epiroc develops and produces innovative, safe and sustainable drill rigs, rock excavation and construction equipment and tools. The company also provides world-class service and solutions for automation and interoperability. Epiroc is based in Stockholm, Sweden, had revenues of SEK 38 billion in 2018, and has more than 14,000 passionate employees supporting and collaborating with customers in more than 150 countries. Learn more at www.epirocgroup.com.

Performance to succeed today. Technology to lead tomorrow. Epiroc -- a leading productivity partner for the mining and infrastructure industries.